How to fix header in excel

When creating a spreadsheet it is often important that the column headers always remain visible, regardless of scrolling the page. However, a large number of rows that don't fit on the screen vertically, headers are mostly for top edge together with the upper area of the sheet. In the table editor Microsoft Office Excel provides features that allow you to freeze any number of rows, excluding them from the scroll area of the table. 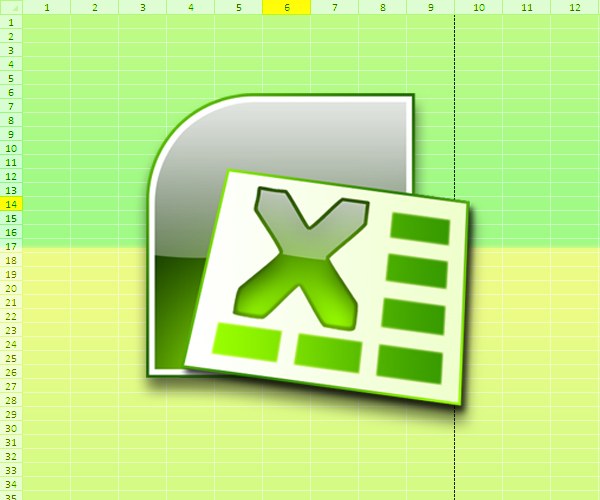 Related articles:
You will need
Instruction
1
If you want to attach only one header row, then click on the "View" menu of the table editor and open the drop-down list to "Consolidate region". He was placed in command group "Window" and contains three versions of "freezing" of the cells. You need the middle item - "to Fix the top row". The selection of the row you and complete the process of consolidation of the table header.
2
The third paragraph (the"Lock first column") in this drop down in a similar way disables the scrolling of the first column of the table.
3
If you want to fix not only the one or few rows at the top, but also a number of columns in the left part of the table, then the procedure is slightly more complicated. Select the first (upper-left) cell of the scrollable area - all that will remain to the left or above it will be recorded when the document is scrolled. Then in the drop down "freeze panes" on the "View" tab, select top line ("freeze panes").
4
Use this list item if you want to dock more than one of the top lines. To do this, proceed as in the previous step, but do not leave to the left of the selected cell of any column. In the same way fixed and some columns at the left edge of the table - to do this, select the cell in the top row.
5
If you make a mistake or want to cancel made earlier, freeze panes, it will help the same drop-down list. If the page table has a "frozen" a range of cells, then added to the list an additional item - "Remove the freeze panes".
6
In addition to fixing the particular region of the document in Excel it is possible to split the sheet into multiple frames, each of which will have its own scrolling. To split a table into two vertical Windows, hover the cursor over a thin strip, is placed above the vertical scroll bar between the up arrow button and the formula bar. The cursor will change its appearance - it will become bi-directional vertical arrow. Press the left button and drag this bar down to the desired height of the top of the frame. Similarly, you can split the table vertically.
Is the advice useful?
See also
Присоединяйтесь к нам
New advices