How to learn to restrain myself

Anger, aggression, irritability, rage and those feelings are familiar to all. Sooner or later experienced these negative emotions, but only the behavior of people differently: some behave with restraint and dignity, others violently, furiously, and ugly (not shy of extreme statements, some shouting, swearing and curses). Incontinence is ruining his career, family life, relationships, undermines the nervous system. Meanwhile, to learn how to eliminate negative emotions, to maintain calm and restraint it is possible. 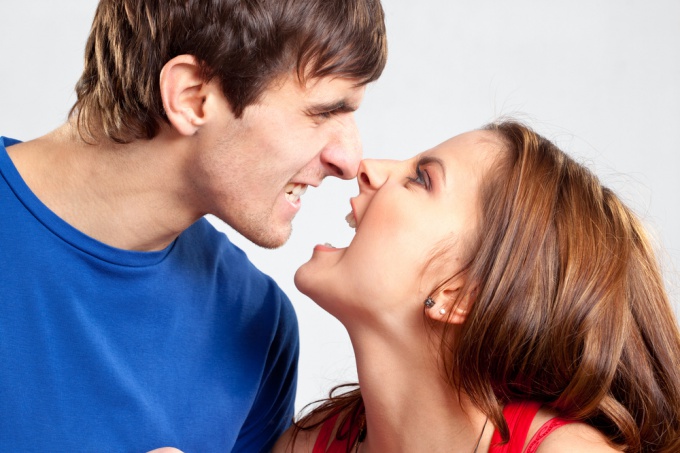 Related articles:
Instruction
1
Try not to look guilty. No one can lead us to rage and anger except ourselves. More precisely, we allow you to bring yourself to this state. Be above it, do not transfer responsibility for their actions learn to answer for yourself. The only way you will be able to change something in your life. Cries of "he is guilty of(a)" will only aggravate the situation. Don't let self-control, like a puppet.
2
Try to anticipate the problem that could trigger a fit of rage. Analyze under what circumstances do you most often explode, and try to avoid them. Learn to get sharp corners. If the tense situation is calculated in advance, you can simulate their behavior, impressing others with their sagacity and dignified restraint.
3
When the anger and irritation growing, deep inhale and start to speak in a tone quieter and more measured (slow). Not explain to the interviewee what and why he is wrong in this situation, not to stigmatize and not to hang labels on it, and try to clearly show their attitude to what is happening. Calmly (and possibly exactly) breathing, let procreates opponent. When it gives out, it will be easier to explain anything.
4
It is not necessary to justify his outburst and the vehemence of the notorious phrase "in my veins flows the hot blood." To break out, to give the anger or the will to hold back is every person decides for himself, and the blood have nothing to do with. Such traits like self-control and equanimity, brought (including yourself).
5
Find out more about the technique of self-regulation. The application of these techniques contributes not only to relieve irritation, suppress outbursts of anger, but also helps to find harmony with oneself and surrounding world. We are talking about yoga, Pilates, breathing exercises, Oriental practices, etc.
6
In overcoming anger do not forget every day to analyze their behavior. Play the situation mentally, make conclusions, think about how you acted and reacted, and what would now, when the nervous system is normal, and you are nervous. Can record their thoughts in a personal journal is transferred to the paper, they are perceived and understood more clearly. Over time you will notice that in his quest for restraint and calmness of your correct response becomes a reflex.
Useful advice
Doctors and psychologists say that excessive containment of emotion is harmful in the same way as their violent outburst. Frequent anger increases irritation that may eventually lead to nervous breakdown, heart attack or an emotional explosion. Sometimes feelings to show you but without the noise and screams. Don't look for a scapegoat, you risk to be they also in a similar situation.