Simple ways of protection of black currant against diseases and pests

The currant berry is extremely hardy shrub that grows in almost every garden plot. However, without care, because aphids, fungus, or vocalcity rust, you can not just lose part of the crop, but to lose it altogether. 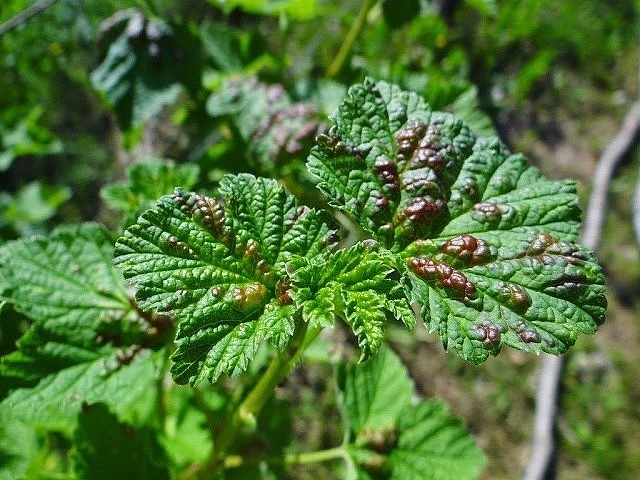 Today, there are many chemical drugs that can protect from all misfortunes currants. It is better to use simple folk remedies that will not harm or shrub, nor the quality of the crop. First thing to do is not be lazy to loosen the earth around the currant Bush in spring and autumn. Thus, the pests that ready over the winter, or have winter will be destroyed.

In early spring, as soon as the melting snow should wash the currants with boiling water, cooled to 80 degrees. This is done before the appearance of the kidneys, around the beginning of March. In Siberia in the second half of March. This procedure not only saves the plant from lurking in the bark pests, but also strengthens the immune system.

Some gardeners "watering" the currants in the boiling water and autumn. But experts believe that it is ineffective. If some pests, this method will work, then the larvae of aphids in the fall is very strong protective shell. Even boiling it will not cope. Pouring boiling water from a watering can is necessary so that treatment was subjected to each branch.

Good result spraying currant infusion of onion peel. In a bucket of water takes about 250-300 gr. onion waste, which is infused for about a week. In hot weather, can be limited to five days. You need to spray 2-3 times per season. First with the appearance of the kidneys, the second during flowering and the third at the appearance of the ovary.

You can use and infusion of garlic (300 gr chopped in a bucket), but he insist 14 days. Soap and soda taken in the ratio of 40 g/40 g in a bucket of room temperature water. If long there is no rain, then currants are rare, but abundant watering. Regular fertilizing with superphosphate or infusion of mullein is also required. Especially in the period of flowering and fruiting. The stronger the plant, the less it is susceptible to disease and infestation of parasites.