The potato remains for many the primary used vegetable in any season, especially in winter, when other fresh vegetables end. A plant potatoes in the usual way – in the ground, and some have already experimented with other interesting and high-yielding methods of cultivation of potatoes. In unusual ways have their pros and cons and maybe for someone will suit an unconventional way to produce a crop. 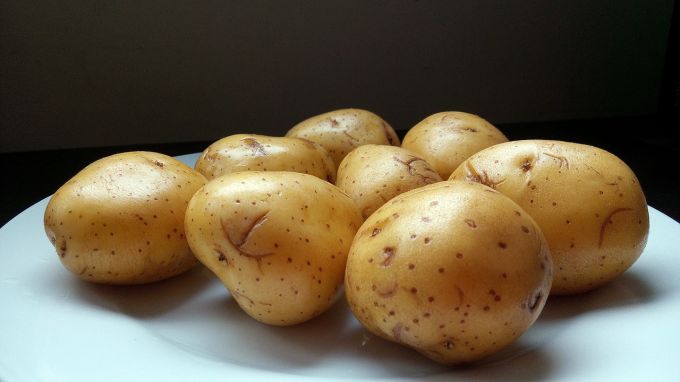 At the moment the most popular way unusual planting potatoes – planting thereof, under straw or hay. The bottom line is that the spread-out seed potatoes laid out on the snow - right on the fresh grass and hiding a thick layer of hay or straw. The growth of potato leaves hay added. The advantages of this method is that the potatoes will grow big, clean, and the ground beneath them well Dobritsa. This method can be used if you have a plot of heavy clay soil that is difficult to dig. Harvest from under the hay easy to assemble. In the cons can record what the hay, the water almost does not hold. This means that in dry hot weather, planting will have to be frequently watered. There is still a possibility that the straw can stay mice that would eat up your harvest.

You can slightly simplify this option for yourself. For example, to cover the seed potatoes with straw and cut grass. You can also put potatoes in small holes to reduce watering.

Planting potatoes beneath the sawdust

Planting potatoes beneath the sawdust is similar to the version painted above. Just use straw instead of sawdust. By the way, fresh sawdust to use in the garden, you should not. They take the decomposition in nitrogen, and landing simply die. Before you can use sawdust instead of straw, they need to punch at least a few months or for the winter. For this sawdust is laid out in layers, each of which is plentifully watered with the urea solution. For next season they can be safely used. The advantage of this method is, that either through the straw or sawdust through the weeds do not grow.

For cold and moderately warm regions suitable planting method under the film. This bought film or other covering material of black color on the entire area of the future landings. Virgin also do not have to stir. This film is hiding, "garden", the edges are fixed. The landings are cross-cuts, and they planted potatoes in a small hole. Weeding and hoeing is not necessary, because through a black film does not grow weeds. Using this method in hot regions, you can just bake the potatoes, because the dark color of the cover is very hot. It is advisable to use it together with warm beds in the early spring, then harvest can get a little early.

Often plant potatoes in wood boxes that are built like warm beds. The point is that making a box out of boards, it is necessary to fill to the bottom of the first wood waste (branches, cutting boards, sawdust and even logs), then the plant debris that accumulates in every kitchen, and on the top to add a bit of manure. All this is covered with soil, on top of which is already planted potatoes. With this method of growing potatoes the abundant yield is obtained, and care is the minimum watering if necessary. As progrevaniya of organic matter, and is 3-4 years, added a new portion.

Options growing potatoes in wooden boxes various: the box can be replaced with a package, bag, barrel, buckets are only one in a container filled with fertile and fertilized ground, where and planted potatoes.

For early harvest a grown potato seedlings. In April potatoes planted at home in bags or buckets at the 2 pieces, and in June she brought to the garden. This way you can get an early harvest and enjoy fresh potatoes at the beginning of July.

He remembered also how plant potatoes by our ancestors during the war – to put a whole potato in that time was impossible, because food was scarce. Therefore planted only the skin is available on her eyes. At first I collected all peel, a little pozvolyali her, and in the spring put in a dark place to see the sprouts. After planting as usual.

No matter how you grow potatoes, don't forget to follow only a few rules: Planting strictly from South to North, the distance between landings shall conform to the grade and do not forget about fertilizers.