How to grow a large crop of potatoes

Potatoes are not one hundred years is an important crop. Growing it has the features to know which is necessary. Soil preparation, planting, ridging, fertilizing are the main activities that will create favorable conditions for producing high-quality crop. 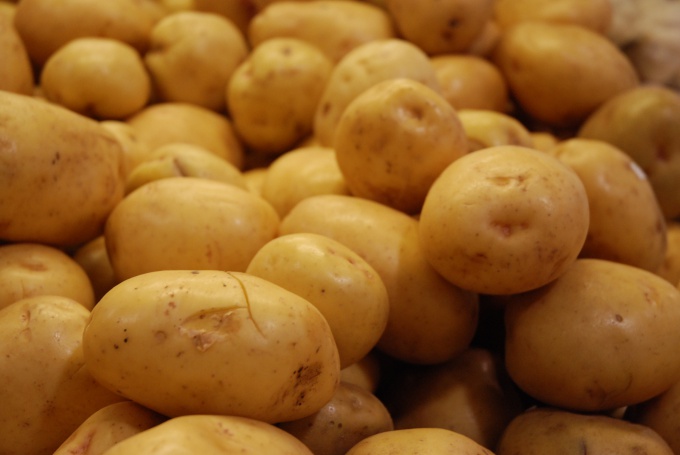 Related articles:
Instruction
1
To start work on preparing the soil better in the fall. For this area under potatoes sow winter rye. First, it is an excellent fertilizer, and secondly, the roots of rye good loose soil and significantly improve its structure. In the spring of with the cultivator dig into soil rye, along with greens and roots. If there is no tiller, you can use the plane.
2
To take care of the seed potatoes is better. In late summer, selected potatoes, rinse thoroughly, dry and store in a cold cellar.
3
In the spring, once the threat of frost passes and weather conditions permit, you need to make furrows with a distance between them of 65-70 cm and a depth of about 15 cm In each pour as fertilizer ash and stack potatoes.
4
A few weeks after planting potatoes you will inevitably face with the weeds. Their destruction is necessary harrowing (tilling) of the soil. Bush better as soon as I notice seedlings of weeds or soil crust.
5
Potato tubers must be Spud. Completed on time earthing up, especially after a heavy watering, can increase the yield of potatoes by 20-30%. Start hilling needed when the seedlings have grown to 12-15 cm, the Second hilling required during active growth of the potato.
6
Your harvest will be much higher, if at the time of hilling you pay attention to the fertilizer tubers. Under potassium deficiency the potato leaves are narrow and pale. When lack of nitrogen, growth is slowing, and the lower branches die off. If phosphorus deficiency the leaves of the foliage begin to marchwitza, acquiring a dull dark color. And the lack of magnesium and zinc are indicative of brown spots on the lower leaves.
7
Potatoes are very moisture-loving culture, so it is very important during a drought to water the soil. If the summer is dry, water the potato is better two times. It is desirable to combine the irrigation season with another hilling.
8
The main disease of potatoes is late blight. Depending on weather conditions, its emergence has to be either at the beginning or at the end of flowering. The first thing she strikes the potato leaves, then stems and whole plants. In order to protect against Phytophthora, it is recommended to use for planting potatoes early varieties.
9
Do not forget that a timely harvest will help to obtain potatoes of the highest quality. The best time of harvest – end of August-beginning of September.
Note
Storage of potatoes. Received a large harvest, we must take care to keep it. It is no secret that more than 50 percent grown in the fields of the country's crop does not reach the consumers table.
Useful advice
How to grow potatoes already in the month of may. It is possible to have on the table in may and even in April, but grow it must in the previous year. In August should plant old sprouted potatoes in well-fertilized ground. You can use sections, which filmed the harvest of vegetables. To do this, use the cultivator KFK. But do not have it, you can comb to build up a hoe (hoe) with one and then with the other hand. The higher and broader the ridge, the greater the harvest of potatoes. I make the height of the ridge 25 to 30 cm, to get him a pleasure...
Is the advice useful?
Подписывайтесь на наш канал