A few facts about the beneficial properties of pine trees

Coniferous trees are rare on city streets (if it's not the Christmas holidays). For a good state and mood of such trees would not prevent people living in a dusty and bustling metropolis, with lots of cars and factories. 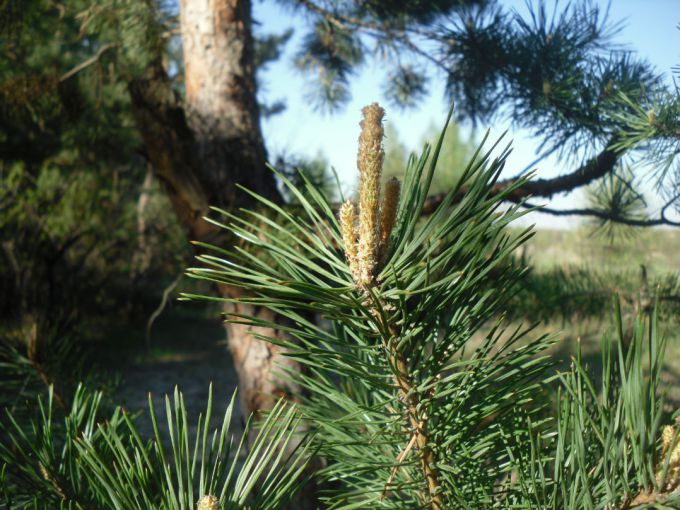 The air in coniferous areas

In areas with lots of coniferous trees breathe very well. This is due to the fact that the air is practically composed of a specific biological substances — volatile oils. They literally destroy most of the pathogenic bacteria. And this is one of the main reasons why the sanatorium building is mainly in the pine forest.

As researchers found, the air in this forest is almost sterile. While walking in the forest, full of conifers, you can get rid of fatigue, nervous tension and bad mood. Significantly increases gas exchange in the body, so breathing becomes easier. As a result, the blood becomes saturated with the necessary quantity of oxygen. The General condition of the human body is also improved.

The fight against vitamin deficiency

Pine contains in its composition of essential vitamin C in the same amount as in the most useful berries, such as currants and blackberries. It is completely inferior to all modern expensive multi-vitamins and also contains the unchanged vitamins of all groups. The use of young pine needles will provide the body with the right amount of vitamins, enhance immunity and help prevent many diseases.

Pine cones for the treatment of stroke

Scientists have found that the bumps in their composition contain the elements of the group thymine, which is very effective in the treatment of a disease, such as stroke.

The bark contains a very interesting ingredient is dihydroquercetin. It is an antioxidant of natural origin. It is many times more efficient eliminates radicals than vitamins such as C, and L-carnitine.

This element strengthens the immune system, prevents heart disease and normalizes cholesterol, improves cell regeneration, improves well-being during Allergy, has a rejuvenating effect. In General, a positive effect on all aspects of human health that are exposed to polluted air of cities and constant stress.

The use of coniferous baths for nerves

Quite popular today baths using the extract of pine needles. Such procedures are very useful because they are well soothing, help with fatigue, increase overall energy supply. Doctors advise to apply them when sleep problems and various neuroses, nervous exhaustion, fatigue. Also, these bathrooms are used in diseases of the joints. The procedure lasts for 10-15 minutes daily for a course of treatment.