How to teach your dog to obedience

One of the most important and difficult stages in the education of a dog is to get her understanding and obedience. Unfortunately, not all owners approach this with the necessary seriousness, which after suffering themselves, and sometimes passers-by. 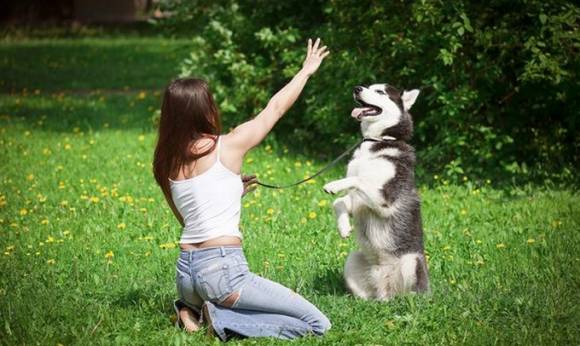 While not a strict upbringing, lack of training, the dog can grow uncontrollable, incredibly aggressive and dangerous, so it is important to approach the problem of puppy disobedience.

First, it is not necessary to forget that Pets, even the most intelligent, do not understand human speech, because giving orders, should be pronounced short and simple, one-syllable words.

Second, to control the dog should not only verbally but also through action. It is important to be able to cope with your pet using the leash, while it is best to use a strong and braided. When choosing a collar should stay on the chain or "jerk" of the chain.

It will be important to remember that the dog will not be obedient, if the owner does not get the respect for yourself. Because you need to start to raise her from puppyhood, when undesirable behavior is perceived by the pet as a game, not as the norm. It is much easier to prevent a dog rebellion in the Bud than to deal with him when the animal has grown and realized his position in the family. The family is perceived by the dog as a strict hierarchical system – a pack that she already felt like a leader.

A good way that you can use to fix the wrong behavior of your pet, to distract him and a little scare. You can take a small jar and fill it with stones, and when the puppy starts to misbehave, you need to throw this makeshift "rattle" near the pet, trying to get under his hind legs. As "restrictive" gun fit and spray with a water bottle with a spray.

Classic and mandatory way to prevent unwanted canine behavior is and voice command. To educate or punish the pet, should be strictly and loudly say "EW!", the tone should be growling.

Punishment of a dog after even a short time after the infraction is a marker of a wrong behavior of the owner. Animals have to understand what exactly it is guilty and that his abuse. Therefore, the punishment for the pet should go to the moment when your dog begins to behave in an undesirable way. As soon as the puppy stops to behave badly, it is necessary to praise it – you can pet the pet, or buy him a treat.

To neither now nor in the future not to have problems with the dog, she did not go out of control and not behaving in an undesirable manner, it is necessary to establish order in a hierarchical system. Show four-legged friend who is the master, the true "pack leader".