Illegal is - where to complain?

In Moscow, established 18500 official advertising structures owned companies 359. Billboards, stands, screens present us goods, institutions, and initiatives. But however annoying sentence comes to us in the yard, underneath the glass of our car, promote illegal goods to our children. How to deal with illegal advertising? 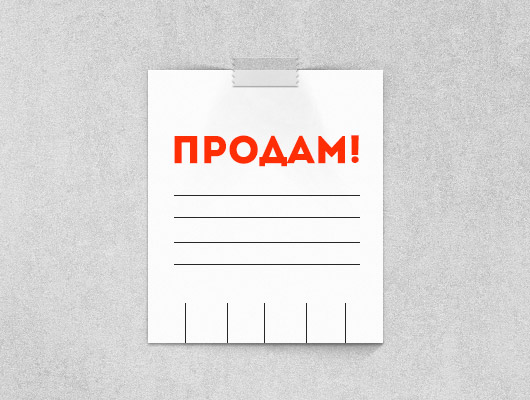 Cases of illegally installed advertising banners, light boards, screens, intricate designs on the roofs and facades of houses are not uncommon. Some of these structures are not simply installed illegally, but also prevent the movement of vehicles and pedestrians, distort buildings, narrow sidewalks limit the view for drivers.

Often the outdoor advertising pop up unexpectedly in places where they is no room. For example, residents of lower floors of an apartment building complain that the building in front mounted led display of huge size. In the dark constantly changing advertising flashes, disturbing normal rest.

Where to complain of illegal advertising in the city?

Some designs are mounted on public transport. In order to attract the attention of an increasing number of residents of shields are fixed to the supports located near the stops, covering the overview and impeding visibility of approaching buses and taxis.

It is also illegal installation of advertising signs and banners on the balconies or window openings without the consent of the tenants, the owners of these buildings or apartments.

Such actions of the advertisers are unacceptable and subject to punishment in the form of fines and warnings. In case you don't know where to complain about illegally installed advertising, you can contact the Office of the Federal Antimonopoly service in Moscow. In abbreviated form this organization called the Moscow OFAS Russia. In case of disputes, placing the organization adheres to the Federal law "On advertising" №38-FZ dated 13 March 2006.

Functions for supervision of legality of the installation of advertising structures has the CPS, which can handle both physical and legal persons. This organization keeps track of illegal structures, advertising prohibited goods. For example, by law you cannot advertise alcoholic beverages, so if you witness the installation of such shields, you can feel free to contact the office of Rospotrebnadzor in their city.

How to stop the illegal posting of ads

Many had to deal with ugly tables or bus stops, similar to a porcupine because of the many small ads that no one will ever see. Unlike the illegal advertising constructions, there is a possibility of direct interaction with the object. You can hit the ad or to try to prevent reklamonositel, prigroziv call the police and a fine. However, it is not the job of residents.

In the case of display ads in the hallways, on the walls, in elevators, on the doors, pillars and trees, you can go to the district who in turn will contact the appropriate authorities. You can write a complaint to the management of the building company, the district administration or the anti-monopoly Committee. This will help not only you but also all the tenants to avoid the hassle to achieve results with minimal costs.

What are the online services for applying for illegal advertising

Volunteer organizations also conduct the fight against illegally established advertising. They clean the walls of the houses, dismantled the panels, which are unspecified in the law. Activists put forward proactive proposals to tighten the regulatory framework in the field of advertising. Weeklies raids, the purpose of which is to identify the illegal installation of structures and the removal of such advertising city streets.

One such organization is the Fund of struggle against corruption.

On the website fbk.info anyone can leave the online statement, which will indicate the place, where he was spotted illegally established advertising. You can report companies that are constantly putting up more flyers, not having any legal rights.

Where to complain about the advertising prohibited goods?

Sometimes you have to become witnesses of such advertising messages that advertise drugs. In this case, you must apply to the Federal service for drug control (FSKN), police or utilities.

The inscriptions on the pavement considered to be the area of responsibility of the authorities of the city. But public organizations are taking in solving this problem most directly involved. They organize voluntary groups that go to the streets, paint over ads, overwrite phone numbers. Best to send complaints to several organizations such as the Federal drug control service, housing and the police.

Contact center for housing and communal services of Moscow:

Phones of hot lines of housing and communal services Department of the city of Moscow: