What to do with counterfeit bill

This files most often counterfeited banknotes of 5000 and 1000. And the fakes are such high quality that they are almost impossible to distinguish from the real thing. Sometimes can not cope with it even technical means of verification of bills, determining the authenticity by using ultraviolet light. If you find in the purse of a counterfeit bill, do not panic. 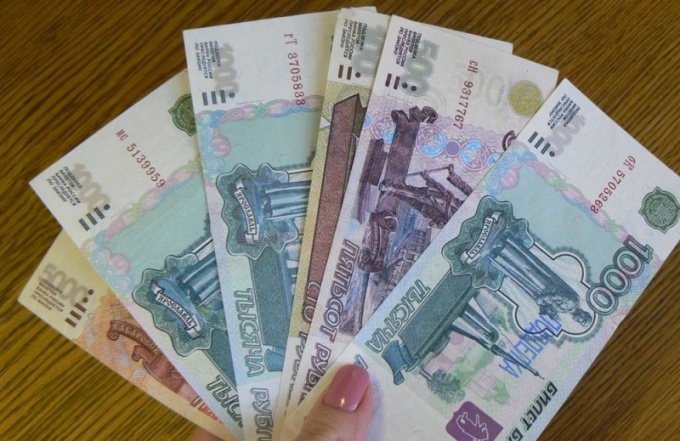 Often happens so. To the person who is cash unexpectedly informed that he is paying with a counterfeit bill. Usually, this occurs either in the Bank or in the mail or at the store.

Identification and repayment of counterfeit notes should be carried out only by banks in accordance with Chapter 16 of the Regulations of the CBR N 318-P "On the procedure of conducting cash operations and rules of storage, transportation and collection of banknotes" dated 24 April 2008. So the cashiers of shops, pharmacies, service companies, and operators of other organizations providing services for cash, do not have the authority to seize and destroy counterfeit money. In the case of fraud, they should immediately call the police. But the cash a Bank employee should do the following.

If the Bank employee determines your bill as insolvent, she immediately postanowienia print "exchange denied" or "Fake", the name of the credit organization, date, name of employee and signature. Repaid insolvent banknote is returned to the client, so to speak, as a souvenir, but only after a conversation with law enforcement.

If the Bank bill was considered just as suspicious, the cashier is required to prepare a certificate in the form of 0402159, typing the details of the banknotes, the denomination, the year of manufacture. This certificate is handed to the client instead of notes that is transferred to the staff of bodies of internal Affairs for investigation and examination. After all these activities, the money back to the Bank. If a genuine banknote is recognized, it is returned to the owner. If bill non-payment, it also returns but has already been repaid, that is, with an impression of "no Exchanges".

If you have in your wallet was a fake bill or simply sneaking suspicion that it's fake, in any case, do not try to get rid of it. This may result in failure. If you are trying to get rid of the fakes on the market, shop or any other retail outlet, you knowingly become an accomplice in the crime. Remember, the article 186 of the Criminal code "Illegal production, storage, transportation or sale of counterfeit banknotes of the Bank of the Russian Federation" provides for direct liability as a manufacturer and distributor of counterfeit money. Crimes related to counterfeit money, are serious and result in the deprivation of liberty for a term up to 15 years.

To make sure that the money is not fake, contact the Bank and order the examination of banknotes for authenticity. You will be asked to make a statement on the inspection notes and make an inventory of the doubtful banknotes. The Bank representative will issue a warrant in form 0401108 in the amount of the received money. You will be given one copy of this entry memo. After the examination the bill will return. Examination, usually performed for a fee.

The second way is to immediately contact the police Department for combating economic crimes. They will lead the case, examine the authenticity and the investigation into the discovery of counterfeit money. You will need to remember all the circumstances under which you received at the hands of this bill, and man, rasschitalsya you fake bills. The examination will have been conducted by the police, but the bill (if it is fake) you will not return.

And if you certainly believe in insolvency accidentally hit you in the wallet money sign, you can destroy it, having passed through a paper shredder, tearing or in any other way. But this method is not conducive to solving the crime and will go unpunished counterfeiters and people sbivshy you fake money.