Chocolate is one of the most favorite treats children and adults. If you have guests, you can serve tea box of candy, if you want to thank people - you can prepare a bar of chocolate as a gift, but if you decided to visit friends with kids - chocolate will be a pleasant surprise for the kids. So often these Goodies are purchased and stored for future use at home, and after some time it may appear white patches. 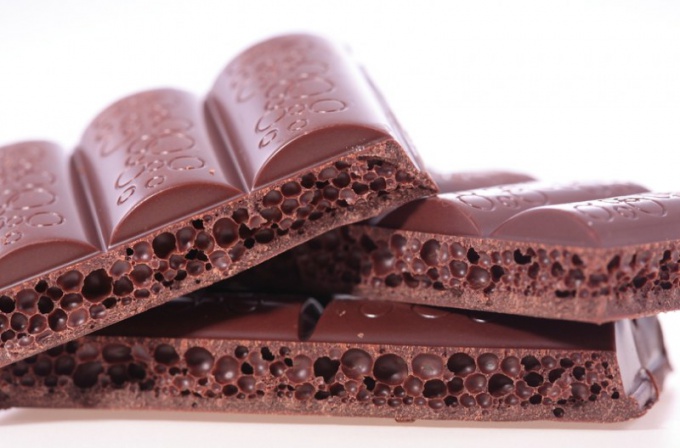 White film on the chocolate is a lot of debate and disagreement. Some believe that the delicacy, covered with white bloom, the old, and its shelf life has expired. Others believe that it is a sign of defective products. And the third one believe it is nothing more than a fungus. So often people make the decision to throw out the delicacy not to risk once again.

However nothing critical in the appearing white spots there. Moreover, the chocolate will not change its taste, spoiled only by his appearance. So eat them without any fear for their health.

In fact, the chocolate is white because of the high humidity in the air. So, if you put the tile in the refrigerator, after some time it turns white a bit. But this is normal and easily explained phenomenon.

The appearance of a white plaque is also due to a drop in temperature of the environment and allocation of cocoa butter on the surface of chocolate. Accordingly, a white film is considered a sure sign of a quality product and confirms its naturalness.

Today, when not all manufacturers monitor product quality and act honestly towards its customers, the risk to buy a fake, which there is not even cocoa beans, is especially great. Therefore, if your chocolate appeared white film – don't worry, you've made the right choice in the store.

And on your treat did not appear white film, and it retains all its fine qualities, you need to store it. It is recommended to keep the chocolate in a dry place where the temperature is 15-18 degrees Celsius. In the light to keep the tile is not desirable - it can cause oxidation, resulting sweetness will acquire a rancid taste. And finally, the chocolate should be stored in sealed containers as it quite quickly absorbs all kinds of odors.