How to cook squash in the slow cooker

Zucchini is a truly versatile product, perfectly combined with meat, poultry, fish, mushrooms, vegetables, various sauces and spices. That is why at least one garden on the site of modern Russian. busy with these fun and incredibly delicious "belly". Cook zucchini anything, especially if you have access to such a useful device as multivarka. 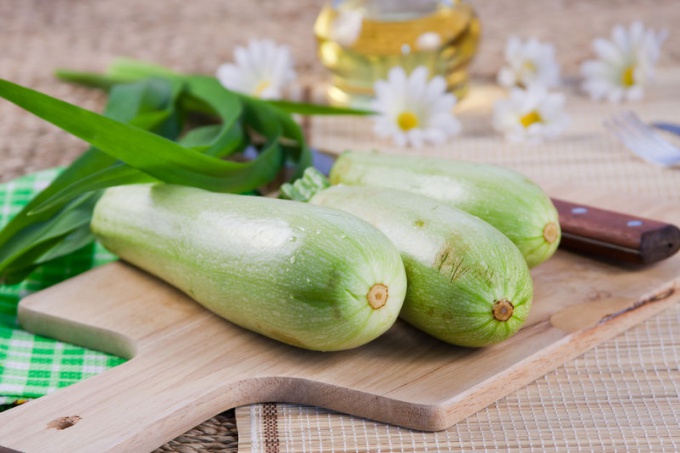 Unlike the traditional way of creating culinary masterpieces dishes of zucchini in a slow cooker retains its flavor and useful properties. The easiest way of cooking zucchini braising them in cream.

The recipe involves the use of ingredients such as:

Wash the zucchini, remove the skins, remove the seeds and slice into rounds 2 cm thick, each split in half. Onions clean from the husk, wash, cut into half rings.

Turn on slow cooker, set the mode "Roasting", put the bowl of the device with vegetable oil and put in her bow. With constant stirring fry the onion until Golden brown, pour in slow cooker zucchini, add salt and pepper, mix thoroughly the ingredients, close the slow cooker lid and turn mode "Quenching".

Simmer the zucchini in a slow cooker should be on for 15 minutes. After this time, open the lid and pour the vegetables mixed with starch sour cream and add cooked in a slow cooker dish of zucchini finely chopped greens.

Caviar from squash in a slow cooker

Quite original is the recipe for squash caviar in a slow cooker, involving the use of products such as

To cook squash the eggs in a slow cooker that tastes just like store-bought, use the vegetables of large size with Mature seeds.

To cook squash in the slow cooker this method, carefully wash the vegetables. Carrots chop on a coarse grater, pepper clean from seeds and cut into strips, onion finely chop. With tomatoes remove the skin, zucchini peel and seeds, cut the vegetables in small cubes.

The first part of the recipe of caviar from vegetable marrows is alternately roast vegetables in the slow cooker with the lid open and set mode "Frying":

To the zucchini add the fried vegetables, tomato paste and salt, close the slow cooker lid and set the mode "Stewing" on for 15 minutes. Ready vegetable mix blend with an immersion blender until a homogeneous consistency, the resulting squash the eggs boil in the mode of "steaming" for 5 minutes.

Prepared according to this recipe canned mushrooms in slow cooker can be used as preparations for the winter or snacks for everyday and festive feast.