Why raspberry yellow and dry

Many growers on the site raspberries, are often faced with the fact that the foliage of the shrubs begins to turn yellow prematurely, and shoots, without apparent reason, to dry. Simple answer why this phenomenon touched the plants, it is impossible, however, some factors can be. 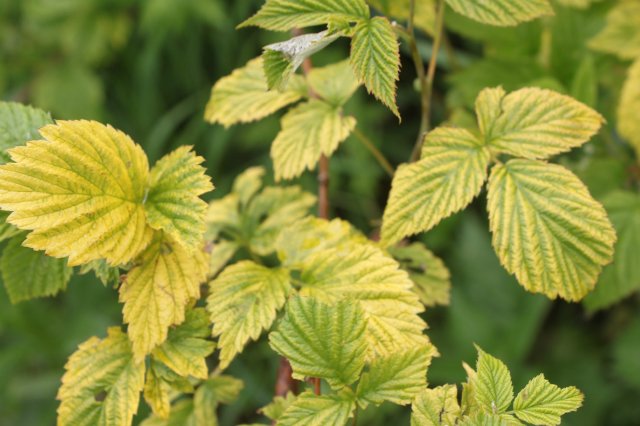 Raspberry is a fruiting shrub that like many other garden plants susceptible to various diseases. Often understand that raspberry unhealthy, from its foliage: it becomes yellowish, dry, and in some cases twisted. To rid the Bush of these ailments in most cases, a comprehensive treatment, but prevention, as many know, is better than cure.

Yellowing foliage of raspberry for various reasons, the most common viral and bacterial diseases, as well as the invasion of pests, disrupts the normal development of the plant. From the foregoing it can be concluded that to monitor the condition of the leaves and shoots of raspberry need to very carefully (it is only timely action can save Bush from the death).

Leaves turn yellow and dry raspberries: what to do

First thing you need to understand the causes of this disease. If the leaves have changed colour and the berries have lost their taste, and the new shoots are too short, then you want to explore the roots of plants: the existing swellings suggests that Bush struck root cancer. Such bacterial disease affects exclusively perennial plantations of raspberry for treatment, it is not. Plants with such diseases are required to dig up and burn. It is worth noting that the soil on which grew sick of the bushes, unsuitable for planting new shrubs at least five years. To raspberries was not touched by the disease, follow a few simple rules:

- before planting raspberry bushes treat roots with a solution of copper sulphate;

- do not allow weeds to grow on the plantations with raspberries;

- do not fill the plants.

Chlorosis is another viral disease in which leaves turn yellow raspberries, and veins of leaves remain green. Secondary symptoms of this disease is the formation of dry berries, as well as weak growth of shoots. To provoke the disease may increased acidity of the soil, high moisture content, so the first thing to do is to lower the acidity of the soil to make gypsum (100 g per sq. m.)). You should also for some time to limit watering.

- contribute to the soil every two years the compost in the rate of five pounds per sq;

- spend as often as possible, loosening the soil.

Rust - a disease in which the raspberry leaves wither and twist, then - fall. The first signs of the disease - education on the bottom of leaves dark spots with spores on the shoots of brown ulcers. A way of dealing with this disease, only one - the destruction of sick bushes. To prevent this disease, you need the bushes twice a year (spring and autumn) to process one percent solution of Bordeaux liquid, promptly remove dead leaves, fertilize in spring with manure. It should be noted that there are varieties of raspberries that are resistant to such diseases as "rust". The most common grade is "Progress", "Russian" and "Technopaganism".