Today, even far from the world of gaming people understand that to play modern video games not only on the specialized gaming console but on a PC. Make the right choice in favor of a device is really difficult, as each option has its advantages and disadvantages. 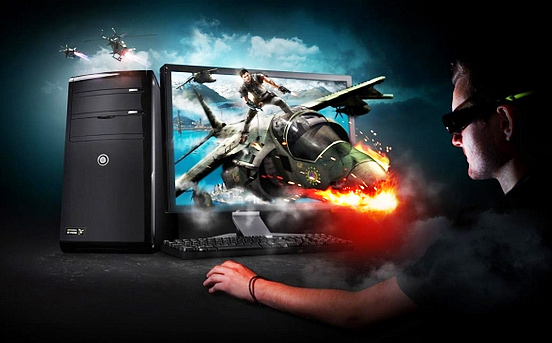 If we consider the PC compared to gaming platforms Xbox and Sony Playstation, at first glance, the advantage is on the PC side because of its versatility. Of course, modern game consoles support such entertainment features like watching videos, listening to music, social networking, Internet surfing and much more to make use of such applications is not as convenient as on a normal PC or laptop. Besides, a game console is not suitable for work.

On the other hand, if the computer you need exclusively for gaming, in this case it makes sense to think about buying game consoles. To be able to play modern games, your PC should be equipped with modern electronic filling, which is quite expensive. In addition, "gaming hardware becomes obsolete very quickly and require constant "upgrading" that, in turn, results in serious financial investments.

With gaming platforms such problems do not arise, as the game developers produce content specifically for certain devices (Xbox One, Xbox 360, PS3, PS4) so the console owner doesn't have to worry about that new game "won't work."

From an economic point of view, buying a gaming console seems to be the most profitable. However, in game this is not. The fact that games for consoles are more expensive, so the owners of consoles Sony Playstation and Xbox have to spend tons of money on new games. The high cost of games for consoles is because they are produced in bulk DVD and Blu-Ray discs, which are known to be characterized by their high cost.

The situation with the PC is the opposite – it has a complete operating system with different software, so the files to install the game can be compressed to such an extent that they fit on one regular CD. In addition, PC users are able to download some games absolutely for free.

The cost of the games is not the only determining factor influencing the choice of media devices, an important role in this case will also play a range of games on offer. Despite the fact that for each platform there are a number of exclusive games, the market for game consoles higher than the PC market approximately 6-7 times. That is why the developers of the popular game series in the first place think about the owners of consoles. If the console market wasn't filled with a huge number of quality games, then buy a game console would be no meaning.

Another criterion that has a significant impact on the choice between a game console and a PC is the preferred genre of games. For example, if you're a fan of Japanese role-playing games, then you are better suited to the console Sony Playstation, as 90% of all games produced for this platform. If you prefer to play strategy, then you definitely better to buy a PC, because 99% of all strategies are developed specifically for PC.