Who wrote the tale "Kolobok"

Kolobok is one of the most famous Russian folk tales, but many wonder who is the author of this story? Because the whole Russian people cannot be the author of one of the tales, moreover, where, after all, emerged the "canonical" version of the text, over and over again published in the colorful children's books. So who wrote "Bun"? 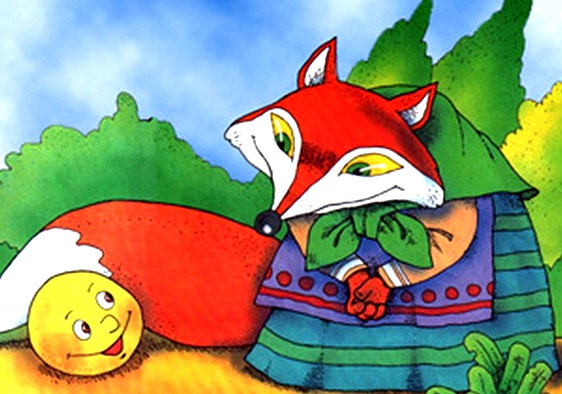 As the people became the author of the fairy tale "Kolobok"

Folk tales belong to oral folk arts, folklore. Such tales are not recorded – they were passed from mouth to mouth, told from memory, "overgrown" parts were altered, the result is the same fairy story could exist simultaneously in many variations.

Some fairy tales are repeated in the folklore of various countries. "Kolobok" is no exception. Classifier fabulous story about escaped from their grandparents gingerbread man refers to the type of stories about "runaway pancake" and similar tales is not only the Slavic peoples. For example, the American gingerbread man is a hero all the same history about how baking comes to life, escapes from its creators and in the end still turns out to be eaten. This story can be found among German and English, Uzbek and Tatar fairy tales, in Scandinavia and other parts of the world.

Thus, the author of the tale "the Gingerbread man" – do people, for centuries pereskakivali the story to each other. However, in recent decades, we often meet with this story, reading collections of fairy tales. And the text published in them, really is the author.

Who wrote "the Gingerbread man" – the author of the common text

Folklorists began to write Russian fairy tales from the middle of the XIX century. Since this time, actively in Russia and published collections of tales and legends recorded in different parts of the country. The same story appeared in them in a variety of options. And each version is recorded from the words of the narrator, had both advantages and disadvantages.

And in the late 30-ies of XX century Russian writer Alexei Tolstoy decided to prepare for children's book publishers are some "standardized" version of Russian folk tales. He met with folk storytellers, studied many variants of folk tales recorded in different parts of the country, were selected from among them "indigenous", the most interesting – and, added to his vivid verbal momentum or plot details from other versions, "gluing" together several texts, editing, supplementing. Sometimes in the process of such "restoration" of the plot he had something to finish, but a Thick, very sensitive poetics of the Russian folk art, created in the same style. And tale "the Gingerbread man" also entered the number of folk tales, processed Fat.

In fact, in this case referred to the author's processing of folk tales that Alexei Tolstoy has performed brilliantly. The result of his work were two volumes of folk tales, released in the forties, as well as a posthumous edition of 1953. Since in most cases Russian folk tales were published in the USSR (and then in post-Soviet Russia) it was under his editorship.

So Alexei Tolstoy rightfully can be called the author of the tale "the Gingerbread man" – or at least co-author. Indeed, despite the fact that the plot of this story pertains to folk, conventional (and very popular) lyrics he wrote it.