Who wrote "the Scarlet flower": the author and the history of

"The scarlet flower" rightfully included in the "Golden Fund" of Russian fairy tales. She read not the first generation of children in her films and cartoons. It used to be perceived as popular, and not all fans of the love story beauty and the beast know who wrote "the Scarlet flower". 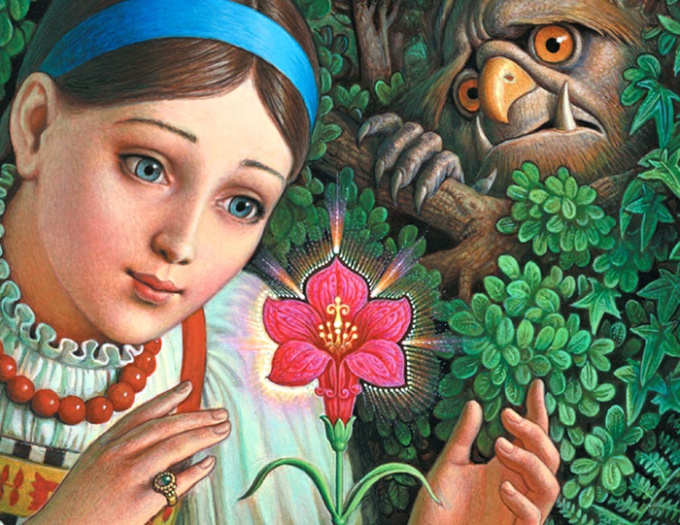 For the first time Russian readers became acquainted with "the Scarlet flower" in 1858, when the famous writer Sergey Aksakov published his autobiographical book "Childhood Bagrova-grandson", which tells about the childhood of the writer, conducted in the southern Urals.

In it, he talked in particular about how, as a child during the illness of the housekeeper Pelagia told him stories. A magical story about a merchant, who brought daughter scarlet flower and about all-conquering love, was among those stories. So as not to interrupt the narrative, the writer did not include the text of the tale, told by Pelageya, the text of the book, and placed that story in the app. In the first edition of the tale was called "Olenkin flower" - in honor of the beloved writer's granddaughter Olga.

The housekeeper Pelagia is a real character. She had served in the merchant houses, including the Persian merchants. And heard there are a lot of famous Eastern tales. She had the gift of storytelling, the "great masters" to tell stories, for which she particularly liked in the Aksakov family. She often told little Seryozha at night, fairy-tales, and "the Scarlet flower" liked him so much. When Sergei Aksakov grew up, he told it himself, and the imagery and poetry of his syllable was admired by many of his contemporaries, including Pushkin and Gogol.

Literary treatment of "the scarlet flower", made Aksakov, kept the melodiousness and poetry of a people's language, making a story truly fascinating.

Some believe that "the Scarlet flower" - "modified version" of the fairy tale "Beauty and the beast" (in another translation - "Beauty and the beast) Le Prince de beaumont, published at that time in the collections of bills of moralistic stories for children. However, Sergei Aksakov became acquainted with this story much later, and, according to him, was surprised the plot similarities to a favorite childhood tale.

In fact, the story about a girl trapped in a "hostage" from invisible monsters and loved him for his kindness - a very ancient and widespread since antiquity (for example, the story of Cupid and psyche). Such tales told in Italy and Switzerland, in England and Germany, Turkey, China, Indonesia... this Popular story among the Slavic peoples.

In Russian literature to Aksakov the literary history treated also Hypollite Karlin - in the poem "Dushenka", released in 1778, for 80 years before the release of "the scarlet flower". However, the popularity of this story owes to Sergei Aksakov, who managed to tell a favorite story of your childhood so that it is loved by millions of people.