How to change hard drive on laptop

The hard drive in the laptop just enough to change their hands. However, this operation requires great care, attentiveness, precision. 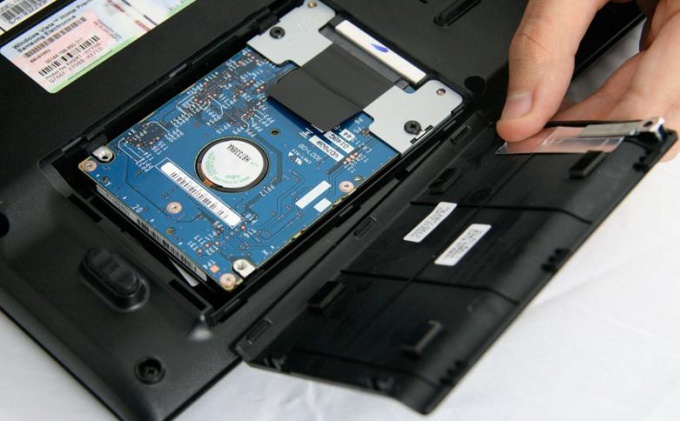 Most often, the need to replace the hard drive on the laptop is that it breaks down or is insufficient for the needs of the user. In both cases, you can solve the problems replacing the hard drive with a new larger one.

Before purchasing a new hard disk specify in the description of your model of laptop, what type of hard drive inside (SATA or IDE). Typically, modern computers use a SATA hard drive, but many people still actively use the laptops with IDE hard drive (the size of both variants is 2.5 inches, which is less than the size of the HDD for a desktop computer).

Tip: to change the laptop hard drive, you will need a set of screwdrivers, for example, the so-called sentinels. The fact that the screws all the elements of the laptop are attached with screws, which are significantly less than in the stationary computer.

In order to change a hard disk in the design of most laptops there is a special cover by removing the screw with which you can immediately access installed on the laptop hard drive. However, there are rare models in which to change the HDD will have to disassemble the bottom of the laptop (the half containing the keyboard) completely. If you turn the laptop, twisting the screws with the existing caps is not found under one of them a Winchester, you better consult a specialist. But for most owners of laptops it is easy – just Unscrew one or two screws on the rectangular cover, take it off and thus easy to access the installed hard drive.

Helpful hint: before any operation, you must disconnect the laptop from the network and then remove the battery!