What kind of men cheat on their wives?

Philosophers, artists, and other healers of souls for centuries tried to find a clue to the nature of male cheating. Why a man who married for love and was convinced of his fidelity, cheating on his wife? Can be regarded as a sudden silence the senses and the heart? What provokes her husband's infidelity: temptation, boredom or eternal search of the ideal? It is possible to formulate many more questions, in each case, there is a reason. 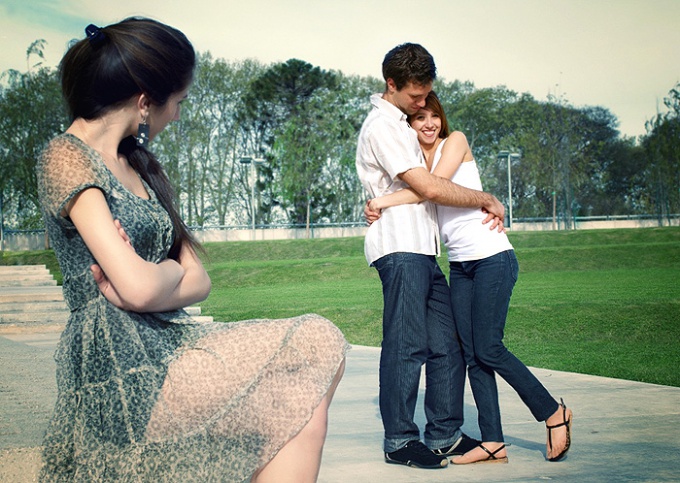 One – "just enough", others – "dazzled", and others, is changing, to prove its own consistency, fourth – do not consider it necessary to remain silent in response to the obvious sympathy in his address, the fifth involves an element of risk, the illusion of romance, which they so lacking in everyday life, sixth – elementary desire to have fun. A single yardstick for all to measure, and does not exist on this matter clear psychological signs that say "watch carefully, he seems to be wrong." However, sometimes, a rudimentary knowledge of psychology enable you to describe a particular type of men who are cheating.

First in the list of "What men cheat?" - "Don Juan". It is important to make its possible more women. This is the "life program": to meet, attract, arrange, draw, conquer and fall in love. On future relations with such a man can not count, because it's the "future" simply is not in his plans. He either returns to his wife, or goes hunting for new beauties. "Philanderer" is not evil, he's just a Heartbreaker. It is such roles and, in his opinion, a development of relationship you proposed. In everyday life this type of men though different zeal, but rarely seeking recognition: it interferes too all-consuming passion to new "heights" in matters of the heart. "My only concern was to achieve absolute happiness, of course, in relationships with women. The search was long and futile, but I'm still waiting...".

The second type of men who cheat on their wives - "Womanizer". It would seem, well what a hurtful epithet, and smug representatives of this breed consider it almost a compliment. They are also hunters, but, unlike "don Juan", not idealists. Also have a more intuitive explanation, for which, as a rule, anything high is not detected. Lovelace in search of pleasure forget not only about his wife or girlfriend, but about vitally important things like health. They have a different opinion: "a Womanizer? – so, like women, understand what they need, know how to take care of so that it is both liked..."

More sophisticated than "don Juan" and "Womanizer" cheating wives "Lady saints". They just can not live without female society. Their legitimate chosen ones have not sweet, from time to time, watching as the men spread out in smiles, seeing an interesting "little thing" in a slinky dress and heels-stiletto heels. They rush to give her coat to open the door, bring lighter), it gives in response a radiant smile, and the wife understands that her presence helps to avoid promising acquaintance. Who knows how many such situations were in the past (in the future) ... But some time ago the wife and she fell for the same trap. As her man was artistic, ingenious in-jokes and compliments! Yeah, like "Lady saints" is not difficult to attract interest, and then, as soon as will wish to start to reap its sweet fruits. "I married a young attractive girl, but that doesn't mean that I care about everyone else. I have no problem to seduce them, I'm just trying to be careful..."

But most often cheat on their wives...men just consider themselves beautiful ("Daffodils"). And not because it is easier for them to get acquainted or to enter into relationship with any woman. In contrast to the "Ladies ' man", "the Daffodils" is more important to see the adoration, perhaps – as another recognition of their own irresistibility. And for the sake of adoration they roll the dice. A women's heart began to tremble from the sight with the "lukasenko" or a Hollywood smile, causing their owners to lose their heads and did not take into account the other side of the coin, namely, that for the narcissist there is only one incredibly attractive man he is. "My girlfriend already put up with my cheating, she has learned to accept my popularity with the ladies, and understands how it is hard for me sometimes to resist their onslaught..."

Closes the list of male characters cheating on their wives, "Casanova Fall". And this is the most difficult for the female psyche situation - "a gray beard, a demon in a rib". A good man, not hitherto seen in discrediting communications, becomes the grumpy, picky, and... it turns out to be wrong! "Why?" and "why?" confused in the head of the legitimate spouse, until a nefarious "who?" takes precedence over all other question marks. "With whom?" – Yes with a girl who was younger than him for twenty years... Alas, but such unplanned infidelity "the silver-haired lions happen quite often. "I as soon as saw her, knew immediately that may still be in order. Sweet, gentle, graceful – as anyone will feel like Superman..."