The Siberian husky is one of the most popular currently breeds of dogs. Animals have a compact body and attractive appearance. They are sled dogs and are considered a symbol of endurance and speed. 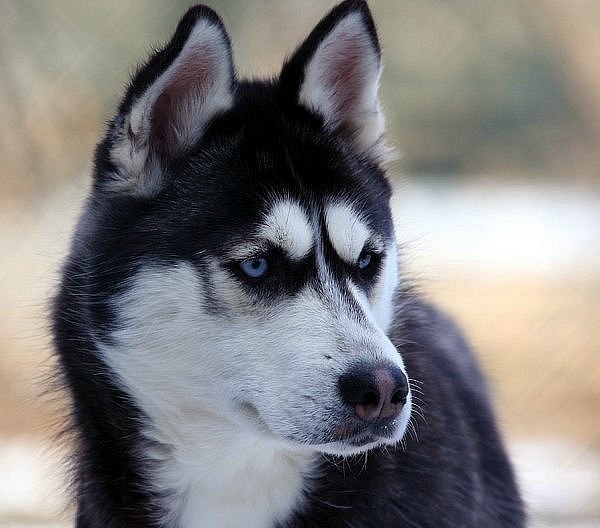 Husky features of the breed.

The husky breed has features, thanks to or in spite of which these dogs are not for everyone. Animal behavior often drives the hunting instinct, but they are considered unfit for hunting, so as soon as the hunt and eat the prey, and do not bring it.

Husky is not suitable as guard dogs as by nature are not aggressive to humans and friendly with strangers. To accustom the animal to protect the territory are unlikely.

Breed dog husky peaceful, calm, gets along well with people, good with children, quite lively. It is well suited for the carriage of goods, works wonderfully in a harness. Husky perfect as a companion for sports, as it requires long walks and regular exercise.

Dogs of this breed are sufficiently developed intellectually, they know the words from the talk, feel people's emotions. Huskies can be trained to be obedient, but she is one of those breeds that "canny" and in some situations its behavior can be unpredictable. The dog understands what he is asked, but first decides if he needed it. It is important that the dog educated only one person in the family that she would take the master and obey.

Husky breed is quite easy to maintain. The dog is clean and can care for themselves like a cat. It has no odor, so bathe husky is quite rare – 1 time a year. Periodically combing your pet. Molting in dogs occurs 2 times a year.

The trainers believe that husky is easier to maintain in the group. One pet will have to devote a lot of personal attention, as these animals do not like loneliness. They bark very rarely, instead, scream and howl. Usually, if the dog is left alone, the neighbors have "enjoy" howl of the animal.

The disadvantages of the breed is also referred Hobbies "earth excavations", so it is not necessary to leave the pet in a well maintained garden with flower garden. However, the most appropriate place to keep huskies are a country house or cottage. Note that this dog is hard to hold on the territory: it is able to overcome high fences or find other ways of escape.

Huskies can be kept in the apartment, but need to be able to let her run without a leash in a field or forest, at least for an hour a day. In winter you can give her the load of towing a skier or sled. In the summer it is impossible to overload the dog for a long workouts in the sun as she can get heat stroke. In the rest of the husky pretty well tolerate heat.