Why Germany's gold is stored in USA

The exact answer to this question does not exist. There are several versions of why Germany keeps much of its gold reserves outside of the state. Germany ranks second in the world (after USA) in the amount of gold: 3396 tons, but only slightly more than 31% of this wealth is stored at the German Federal Bank. In US stores is 45% of the gold reserves of Germany, Britain - 13 and 11% in France. 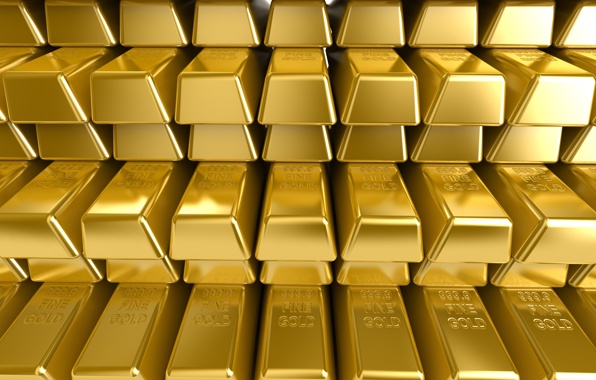 It is believed that Germany was afraid of a Soviet attack, and therefore began to store their national wealth in the United States. However, why the gold was sent to France and Britain, who are also close to Germany. It turns out that in case of a possible offensive of Soviet Union, these countries have also come under threat.

There is a theory that Germany began to store gold overseas in order to financially support their American allies. Since 50-ies of the last century, the United States, France and the UK from time to time experienced financial difficulties, and the young nation of Germany needed its military protection. That turned out such mutually beneficial cooperation. For guarantees of their security Germany paid in gold stored in foreign vaults.

The first batch of gold Germany acquired in 1951 (529 kg). In those years, a large part of the state was destroyed after the Second world war, so Germany was not able then to provide secure storage and transport of gold reserves of the country. And so was founded the tradition, to keep Germany's gold reserves abroad.

The Bundesbank can always borrow from the fed the required amount of dollars on the security of their gold reserves and the U.S. currency remains the main reserve currency in the world.

Why U.S. won't give Germany's gold

Recently, however, in Germany begins to ripen dissatisfaction with the fact that the bulk of the gold reserves of the country stored in the United States.

The reason was that Berlin has recently demanded the US to return the 674 tons of gold, and received back only 5 tons, and then suddenly German officials reason at all decided not to return it from the US stores.

Experts have sounded the alarm. It is believed that the German gold in the US is just not there. German journalist Jonas Felling come to a disappointing conclusion: the US is quietly used German gold to keep the world price of this metal.

Official Berlin says that there is no need for concern. America is a very reliable partner and there is no reason not to trust her. In fact, the situation looks very strange: Germany's gold is not returned, well, okay. It is clear that Germany, just made at the highest levels to abandon their claims.

Where is Russian gold

Russia in the US, your gold is not transported. Russia's gold reserves is stored in Moscow and Kazan. Now, if the Germans kept their gold in Moscow, they probably just gave it, on demand. Conclusion: the need to know who to trust.