Cola as a cleaner: how to use it and we should do it

Cola and other carbonated beverages are gaining increasing popularity as a means to clean rust, lime scale, additive to washing powder and so on. Whereby the beverage is able to clean the kettles and bowls, and whether it makes sense to use soda as a household chemical? 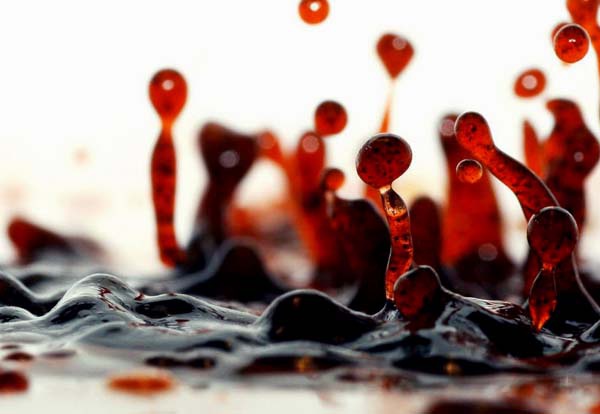 Unusual ways to use soda

Soda became the hero of many of the popular recipes to make life easier for Housewives. As a rule, as a cleaning agent recommend the use of "Coca-Cola", "Fanta" or "Sprite," or sometimes "Pepsi". And the range of applications in the home these drinks is quite wide. Here are just a few of the repeatedly tested and "working" options:

to clean the kettle from scale;

- to wash the cups from the tea plaque;

- to clean the toilet bowl;

- use in the wash as an additive to the powder.

How to clean Cola kettle and much more

If the inside of the kettle formed a layer of scale, in order to get rid of it, pour enough Cola in it to half and bring to a boil. Then wait a few minutes and pour the soda. Then razmyagchayuschiesya the scale layer easily depart from the walls of the kettle.

To wash the tea cups from the brown RAID, fill them with soda and leave to stand for a few hours. The walls of the Cup white, from the RAID will be over.

To clean a toilet with Cola or another drink, you must pour into it a bottle of "cleaning products" (preferably so that it got under the rim and leave, not washing, at least for an hour. And it's better at night. Then clean with the brush and you will see that the gold deposits were gone, and plumbing shines with pristine white.

To clean away lime deposits and rust in the taps in the bathroom and kitchen or other chrome parts, you can wrap them with a cloth liberally soaked in the magical drink, and after 10-15 minutes, wash and wipe to a Shine.

To clean a coin with coke can also easily: just put it in a drink overnight and in the morning wipe with a soft cloth: a layer of dirt will be removed, and the coin brighten. In the same way you can clean the rust from small items.

To remove stains from clothes, it is necessary to pour Cola contamination (or simply wet her pile of clothes right in the washing machine drum), and after a few minutes to fill regular detergent and wash as usual. And dirt come off much better.

In fact, the cleaning properties are not a specific feature "Coca-Cola", "Pepsi" or "Sprite" and suggests that the composition of these drinks include some very dangerous and powerful chemicals. Cleaning properties has any lemonade, and the effect of all of these means about the same. And Cola is just the most publicized – and, consequently, more widespread and more mythologized.

In almost all carbonated drinks include acidity regulators – as a rule, citric acid (E-330), widespread in everyday life.

Another popular acidity regulator – phosphoric acid (Е338), is well known to motorists as an excellent anti-corrosion agent: it not only converts the rust, but also prevents further corrosion of the metal, forming on its surface a very thin protective film.

Don't forget about "magic bubbles" of carbon dioxide, which is also chemically reacts with water, forming up carbonic acid.

Thus, any non-alcoholic carbonated beverage from a chemical point of view, is a weak acid solution. And when the drink is poured into a covered with gray crust of plaque kettle, the acids react with and dissolve the lime. This explains the "magic" cleaning properties of Cola and other carbonated beverages.

Soda as a cleaning agent: expensive and not very efficient

Despite the fact that the stake was indeed successfully performs the functions of cleaning products to use as household chemicals are not very reasonable.

The authors of the program "Mythbusters" on the Discovery channel specially put experiments examining the effectiveness of Coca-Cola in the guidance of purity, and came to the conclusion that the drink actually has cleaning properties, but its effectiveness is still much lower than specialized tools. And this is understandable: after all, the concentration of "active ingredients" in the beverage is extremely small. By the way, no coincidence that all the "popular ways" the use of colas involve a very long contact with the drink – chemical action takes time.

And fans of home remedies you can use instead of soda solutions of food acids, for example acetic or citric. Or wipe the contamination with half a lemon – the concentration of citric acid in lemon juice is much higher, and therefore the cleaning effect is much more noticeable. And it's greener and much cheaper.