How to determine the time

In life there are situations when people need to have knowledge of the exact time. But what if the man was in the wild without modern devices and gadgets? Without a clock to tell time is quite hard, but it is possible to know him in the stars, moon and sun - learn it. 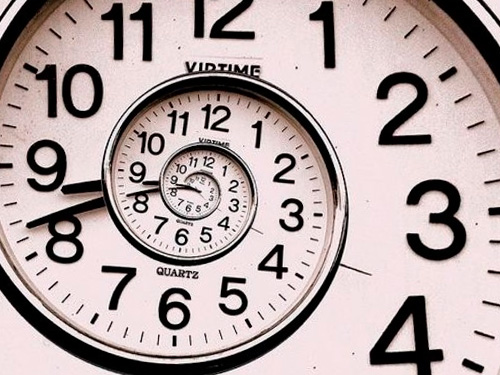 To tell time by the sun

If the sun is in the sky in the center, then it is 12 o'clock noon. Possible deviations during the hour and a half, it all depends on your position relative to your time zone.

If the sun is not the center of the sky, to determine the time it will be necessary to make some calculations:

To tell time on the moon

Pay attention to the moon. If the moon is full, the method will work similar to the way “to tell time by the sun”. If the moon is not visible (new moon), then this option to use will not work.

It is necessary to consider from right to left. Define a line on the moon that crosses the boundary between its dark and light parts. Count from right to left the number of this line. If the moon moves from bright parts to dark, the band crossing will understand, when will the moon sets (sets in the West). The number of the stripes transition from dark parts to light will tell you when will the moon rise (it will appear in the East).

Now define, where is the moon in the sky. Divide as in method with the sun, an imaginary arc on the segments. For example, night lasts 12 hours, then do 12 segments. Now there are two options:

To tell time by the stars

Determine where in the sky is the constellation the Big dipper. This can be done only being in the Northern hemisphere, cloudless sky. In the summer it is closer to the horizon.

Now it is necessary to establish the approximate time. Two stars of the Big dipper are in line with the Polar Star. This line will serve as the arrows. Polar star will perform a hypothetical center hours. Mark 6 hours is hours bottom and 12 on top. Other timestamps are also dorisovyvaet imagination. It shows an imaginary arrow, if you look to the North? For example, 2:30 - it will be a rough time.

Next you need to add to this figure of 1 hour for every month after March 7. That is, if on the calendar may 7, we must add another 2 hours. You will get 4:30. To clarify the figure, it is necessary to add or subtract two minutes for each day before or after 7 March. If today is February 2, is exactly 1 month and 5 days until March 7. Hence, it is necessary to subtract 1 hour and 10 minutes from the estimated time.

Date March 7, when timing is important because on this day the star clock shows midnight - exactly 12 hours. Therefore, this reference date is easy to adjust the time.