How to determine the quality of the purchase (with machine) ground

Soil fertility in areas most of the vacationers leaves much to be desired.
As a rule, once again collecting more than meager harvest, you firmly decide, "OK, buy a few cars of the soil and the problem is solved!" By buying the perfect (in your opinion) of topsoil for a considerable way, money, you with surprise find out a month later that your beds are covered with a layer of pulverized substance that cannot be watered, the water just rolls down without being absorbed. On this "black earth"refuse to grow even weeds. It turns out that you bought the peat (the cost of which is much lower than that of black soil).

How to understand the quality of the proposed sale of substrates? 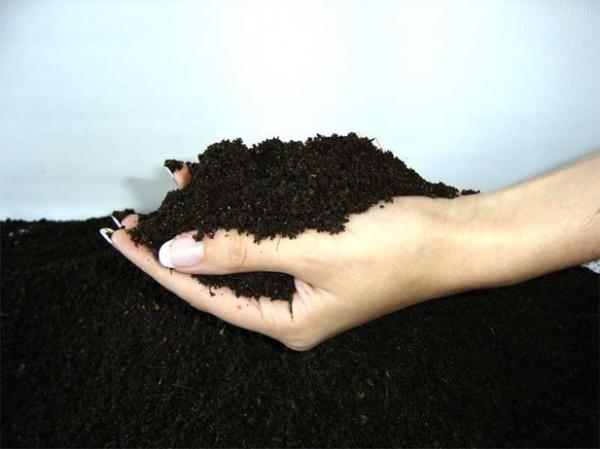 Will briefly examine what to look for in these soils that is included in the composition.

It is a dark-brown mass, having a uniform loose texture, pleasant smell of the forest floor, the inclusion of separarely plant remains, sand. This substrate is optimal for the selection for useful plants of elements can immediately be used in the beds, in greenhouses, flower beds, at the laying of the lawns.

2. Peat-sand mixture.
Composition: peat 70-80% sand 20-30%
This fluffy mass of black with patches of sand. Grit should be available.

Such a substrate can immediately be used during the laying of lawns and flower beds, and also is a great improver clay soils, with which it must be mixed.

It is more dense than the previous substrate, the soil, as it contains 60% of the local soil (that is, the Central district, dominated by clay soils). Usually buy it to improve too and bistritanasaud-drained soils (sandy, loamy), as part of the clay retains moisture.

Looks like the substrate is very dark in color granular-lumpy structure.

Can be used to improve all types of soils. Regarding humus, you can add the following. The northernmost part, where it is removed is for Muscovites Tula and Ryazan oblast. Southern suburbs can still count on the fact that she will get a real soil and the cost of delivery is 4000 rubles). To the North - you can hardly buy real black earth, it will either be the local clayey soil, podchinennye waste CHP or ground peat (which has the same rich black color). Do not be naive, cheaper than 20 thousand rubles (10 cubic meters) in the North of Moscow from the black soil can not buy!

And is there any reason to buy it? Because the black soil in our climate loses all its properties for which it is purchased. Because soil is not only the composition and structure. While the structure of humus is formed when evaporation exceeds precipitation (coefficient of moisture less than 1). In the Central region, this ratio is greater than one, and mold after a few months loses its structure, "swims" on the surface crust is formed. This soil can be used only as a Supplement (not more than 10% by volume) to different kinds of earthen mixes, including peat. Why, with such fanaticism chasing him?

5. The ground plant.
Composition: 100% upper layer of the local soil.

Definitely need to carefully consider the contents. The structure should be loose and dark. Excluded are large conglomerates of clay, various debris. Such soil, if it's good quality, can be used to raise the soil level on the plot or as a filler for the ridges provided fertilizer.

Keep in mind, often called "vegetable Soil" you will try to "fuse" "Soil construction", which is a mixture of lumps of clay with debris.

To avoid fraud, you should perform the following sequence of studies.

a) Take the "stick provenance" and the sharp end pierced a bunch of land they buy. If the probe effortlessly wades through the earth at different places, large pieces of clay and debris is not there.

b) Analysis of the acidity will show you what to expect from soil. If the acidity is increased, then in the mix a lot of peat, it cannot be used independently, only mixing with other components. If the soil is strongly seelochan, it is the other extreme, he's obviously taken with any industrial waste disposal sites.

C) Check structure: a handful of soil wetted with water to the consistency of the dough, roll out on the palm of his cord with a diameter of about 3 mm, turn him into the ring. Thus we receive the following results: the cord form impossible, he falls apart and lots of sand; cord covered with cracks when rolling - light clay; cord solid, but the ring when you minimize breaks is medium loam; the cord is solid, the ring of integer - clay (can do pottery production).

g) in addition, it is desirable to test the substrate for radioactivity of household counter. Now very often the cheap sell externally quality, but with increased radiation activity of the substrate.

Beware! Take care of your health and family, try to acquire the substrate from the old proven firms providing certificates of quality on all components, even if it will be a little more expensive.