With the onset of pregnancy, an expectant mom usually thinks about the changes in the diet: what and how much is there to the unborn baby enough vitamins and nutrients, and at the same time, so as not to harm the baby and to support your body. Unfortunately, on this subject, a lot of outdated information and myths handed down from generation to generation. Especially a lot of myths associated with early breastfeeding. 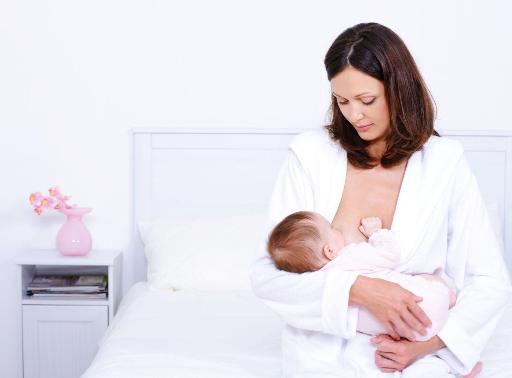 The myths of the past

From friends, you can hear so will be generally unclear what to feed a nursing mother. Only buckwheat and veal, all washed down with some water? Try to understand and debunk the myths. Let's focus on nutrition during lactation, along the way touching on diet during pregnancy. How is it connected? First, contemporary sources claim that the principles of healthy eating are the same for pregnant and lactating women. And secondly, studies have shown that lactation is extremely important, how to eat a woman during pregnancy, and equally important, to its occurrence!

By the end of the first month of life the baby when feeding on demand, mom installs a stable, Mature lactation. The amount of milk produced is usually in the range 750-1200 ml per day (average, about 1 liter). This number is retained during the first six months of feeding prior to the introduction of complementary foods.

What affects the amount and composition of milk? One answer: these metrics meet the needs of the baby. Today it is well known that the milk of every woman is unique, it is designed for feeding a particular child and is perfect to him. Even the same mother's milk for different children will be different. The mother's body adapts to the needs of the baby and produce milk depending on donoshennosti of the child, his weight, etc.

The myth of "dairy" or "dairy-free" women are not unfounded, and milk is lost mostly due to serious errors in the organization of breastfeeding, and it has nothing to do with the quality of food. However, we must comply with certain conditions relating to the supply that a natural mechanism to work correctly.

To have enough energy

For milk production requires a significant expenditure of energy. Daily it takes about 700 calories. If a pregnant women needs around 2000 calories a day (according to the norms of the who and European countries), for pregnant women in third trimester to this amount is added 200 kcal/day and during lactation, approximately 500 kcal/day. Rest of the required calories are taken from their own fat reserves of women.

Weight gain during pregnancy involves a certain amount of fat (about 4 kg with a gain of 10-12 kg). This so-called fat depots or reserves of that energy needed to maintain lactation.

The nutritional status was from a woman prior to pregnancy, have a covering if the supply of nutrients to your body's needs. Recommended weight gain during pregnancy depends on the body mass index (BMI). This indicator best reflects the adequacy of nutrition before pregnancy. Deficient nutrition or excessive consumption of junk food, and the optimum is the balance between the income and consumption of nutrients. Or rather, for women necessary to have a small margin which increases during pregnancy and provide energy for lactation. This stock is manifested in the form of "curves" that distinguish the female body.

Studies have shown that adequate fat content is important for proper flow of menses, ovulation and conception. A weight reduction of even 10-15% of normal can cause disorders of the cycle. For carrying and feeding the baby in the mother should not be a power shortage, it is more dangerous than its excess. There is scientific evidence that deficiency of energy, protein, certain vitamins and minerals can cause various defects in the fetus and cause early toxicosis of pregnancy. For example, choline deficiency during pregnancy may have consequences in a child at an older age and impact on reducing the level of memory.

If a woman is underweight after birth will start to eat more, the food will go first to fill the deficit of its body mass, and then on lactation, and milk production may still be inadequate. At the same time, it is proved that if the mother was adequately nourished before and during pregnancy, she will produce a normal volume of milk, even if she eats less than the recommended. However, according to one study, the intake of energy below 1800 calories for the week still leads to a decrease in the volume of milk.

A full diet of nursing mothers

Contrary to the opinion about the necessity of certain diets during pregnancy and nursing, studies indicate that for healthy women, a full feeding before pregnancy, early motherhood, there is no need for radical change in diet and, especially, in the hard constraints.

The authors of the "National program of infantile feeding optimization in children the first year of life in the Russian Federation" (2010) believe that a woman's diet during interesting position must be a full and varied eating habits (dietary patterns) should be maintained: "All this will contribute to a comfortable feeling, good mood and high activity of the pregnant woman". The same principles apply to nutrition lactating women. Practice shows that good health and mood is much more important for lactation, than the special teas. And if a woman bite to eat, for example, your favorite cookies with a small Cup of cocoa, won't hurt, but she will relax, and the outflow of milk she will improve. A similar effect give and means for lactation: mom relaxes, configured in a positive way.

What does "a balanced, wholesome diet" and "adequate nutrition"? This means that the diet of lactating and pregnant women daily should be the foods all the food groups:

This list corresponds to the healthy diet pyramid suggested by nutritionists from America in the 90-ies of XX century, rely on it and who advice on nutrition for pregnant and lactating. Serving size is, say, a piece of bread, one medium-sized Apple, glass of milk, etc.

To remedy the lack of

Nutrients can be divided into two groups. The substances whose amount in breast milk depends on the mothers nutrition: iodine, selenium, b vitamins, vitamin C, and vitamin A.

With a varied diet all of the above substances in sufficient quantities to do with food. Therefore, the additional introduction of them in the form of dosage forms has no meaning. If these substances are not enough to eat mother's food, the arrival of their baby with mother's milk decreases. However, the increase in consumption of these substances by the mother quickly restores the necessary concentration in breast milk. Material, the amount of which in milk is not dependent on the power of mothers: protein, calcium, iron, zinc, copper, folic acid, vitamin D.

Supplementation of lactating mothers of drugs containing these substances does not increase their quantity in the breast milk. If a woman for whatever reason does not receive these nutrients from food, their current level in breast milk will be maintained at the expense of reserves of her own body.

As the volume of breast milk for girls is about 1 liter a day, she needs to drink plenty of fluids. The rule of thumb when taking need to drink according to thirst.

According to different sources, in the first days after birth the volume of liquid should be about 1.5-2 liters a day (and recommended to drink in small SIPS throughout the day, but don't limit yourself). Then the volume can be increased.

You can drink the water (it accounts for the major share), juices, fruit drinks, fruit drinks, weak tea. Coffee is allowed in limited quantities (one Cup a day), but keep in mind that caffeine penetrates into milk and may excite some children. Appears he is from the blood of the kids for very long (a few days), so perhaps we should replace it with decaf. Contains caffeine as in black tea, therefore, they should not be abused.

To herbal teas should be treated with great caution, as some herbs even included in the fees for lactation, is unsafe for the baby. Herbs, like medications, have certain contraindications and side effects, and some of them may actually suppress lactation. Alcohol gets into breast milk and harm your baby's nervous system, so it is best not to use it.