How to pin a medal on him

The anniversary is an important date in a person's life, and should congratulate him with this event. For this purpose, relatives and friends can come and make a comic medal, handed it to him. 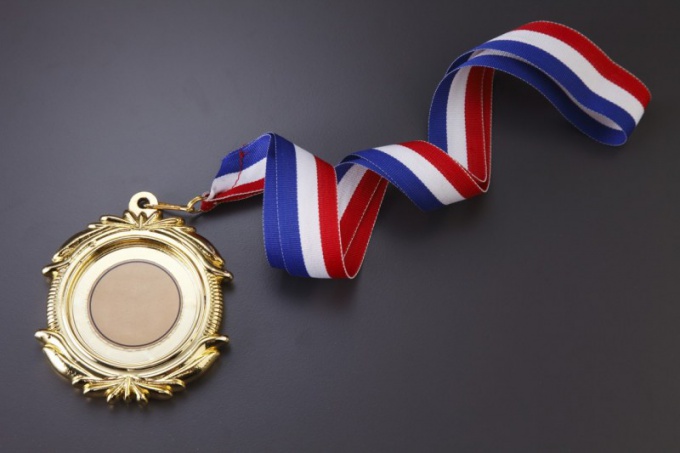 Preparation for the award

Think of the occasion on which you will award the medal of the jubilee. The simplest is the anniversary itself as an important holiday. In this case, the medals can be represented by digits to round the date and write the greeting words. If the person is successful in any field, for example, built a profitable business has reached heights in his career, is an avid fisherman or hunter, make a medal, dedicated to the success which he achieved in this field. Such a model can be represented as the character corresponding to the selected region.

Manufacture the medal. You can entrust it to specialized organizations, which will make it of gold, of gilt, silver, copper or other materials. This medal will look like real, but its production can cost some money. Do reward yourself, you can from any available tools: papier-mâché, foil, construction paper, etc. be Sure to add medal beautiful festive ribbon to wear it on the neck of the celebrant.

Prepare a script of awarding the jubilee. It is possible to reward him without undue bombast, for example, when handing the medal during a holiday feast. In this case, one of the guests rises and asks to stand celebrant. Congratulating says toast according to what reward, then, to the applause of the other guests puts the medal on the neck of the celebrant or just gives it in a beautiful gift box.

To congratulate the person with the birthday and to give him a celebratory medal and more solemnly. For example, spend a kind of ceremony. To make the celebrant feel special guest, you can meet him at the entrance to the room is a living corridor of the hotel, bed, red carpet. To the applause of the guests invited on the comic stage (it is enough to release a small space surrounding a person). The master of ceremonies shakes him hand and shows the audience a sealed envelope. After that, he says congratulatory speech, calling the occasion, which gathered this day. You can prepare a speech in poetic form.

Leading prints envelope and read its contents, calling one or several "categories" which won the nominee. After that, the applause he rewards the hero of the day, hanging about his neck a medal. In addition to this award the birthday boy can be awarded a diploma or a certificate, and if it is a woman, then put on his head the diadem and pass a bouquet of flowers.
Is the advice useful?
See also
Присоединяйтесь к нам
New advices