On which side of the road should a cyclist go

Cyclists are equal road users. Since the bike relates directly to vehicles, the bicyclist should be on the right side of the road. However, if the cyclist fled on foot, only taking his Bicycle, he must walk on the left side of the road, as it acts as a pedestrian. 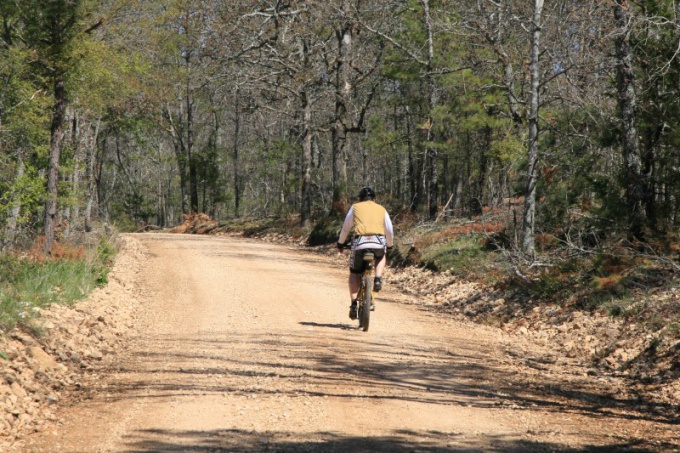 The movement of cyclists over 14 years old

According to them, the movement of the cyclists whose age is above 14 years are allowed (in descending order): Cycling and Cycling and pedestrian paths or on the existing special lane for cyclists; on the right edge of the carriageway of the road; the road along the pavement.

It is important to note that each item in the above list implies the absence of the previous one. In other words, if the cyclist has the ability to move the Bicycle path, he in no case should not ride on the roadway. But if not, then the right edge of the road – permit a place of movement.

In addition to the above rules there are a few clarifications. On the roadway can move only in that case, if the width of the bike more than 1 meter and if the movement of cyclists is the column.

On the sidewalk or a walking path to move only when the rider is accompanying a child under 7 years of age, who also travels by Bicycle. Or if the cyclist is carrying on the vehicle of the child in the same age range.

If cyclists are moving along the right edge of the roadway, they should go only in one row, one behind the other. Allowed movement in two rows only in the case where the overall width of cyclists is less than 0.75 M.

The traffic of cyclists up to 14 years

The traffic of cyclists, whose ages range from 7 to 14 years, carried on the sidewalks, Cycling, and Cycling and pedestrian tracks and footpaths, but also within the borders of pedestrian areas.

Children and adolescents under 14 years cannot drive on bicycles along the roadway and on the roadside. Since the movement of the cyclists whose age is less than 7 years, is possible only through the pedestrian zones.

In the rules there is another important point concerning the traffic on pedestrian areas and other crowded places. According to the rules, while driving on sidewalks, footpaths, roadsides and pedestrian areas the rider must not interfere with the movement of all other persons. If the inconvenience is created for pedestrians, the cyclist must get off the vehicle and proceed as a pedestrian.
Is the advice useful?
See also
Присоединяйтесь к нам
New advices