Are there any tricky shortcut in the laptop

It happens quite often "hang up" Windows, which leads to some difficulties. But knowledge of the key abbreviations will help to facilitate the work of the laptop. These artful combinations are able to significantly speed up the processes of the system. 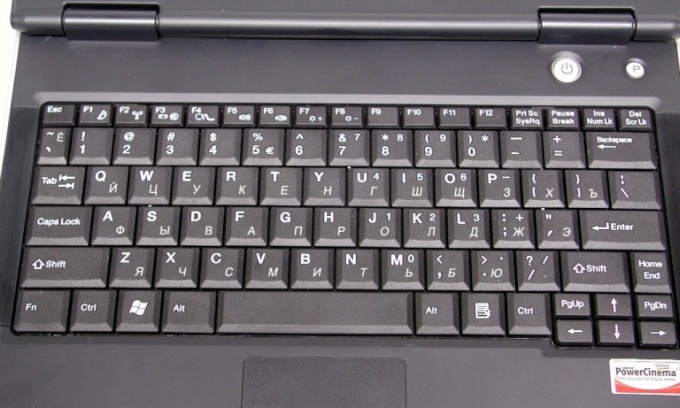 Windows operating system is designed in such a way that provides a certain amount of universal keyboard combinations that can revoke any existing program.

For example, such known to many users of the command as simultaneously pressing the Alt+Tab allows you to switch between tasks. There are also other simple combination. While pressing Ctrl+Esc will automatically open the start menu. Windows+Tab allows to go from one application to another, thus moving the pointer to the task bar. Minimizing available open Windows using Windows+m Ctrl+A selects images, text, etc. various files. The selected text or picture can be copied using Ctrl+C, cut Ctrl+X , and paste, using Ctrl+V.

With different icons and shortcuts located on your Desktop, you can operate using the following control keys. The use of such commands, especially speed up the work if the mouse is in working condition.

After determining the location of the background of the label, you can rename the object name by pressing the F2 key.

Pressing Shift+F10 provides access to context menu, which is equivalent to pressing the right button of the mouse or touch the touchpad on the laptop. If you want to get to the properties window of the icon, use the command Alt+Enter.

The Delete button moves the icon to the trash, Shift+Delete deletes completely from my computer, with no real return.

Working with objects on the Desktop directly using keyboard may seem awkward. However, there is an even more simplified version of the work with contextual application.

Contextual application is considered to be a separate menu in the computer by which the user finds the desired solution in the process. Just click on Windows button.

To open the search window, you must use F3 and cause a Windows Explorer window use the command Windows key+E.
All the commands that are listed above can be used in Windows Explorer. There are also special keys that can only be used in the context of the application. To open a list of all folders will help F4. F5 update the data about the folder that is open and F6 will allow you to move from one window to the next.

On most modern laptops and netbooks there are also additional features that open when you press and hold Fn. For each model of laptop these unique combinations and you can read them in the manual of the gadget.
Is the advice useful?
See also
Подписывайтесь на наш канал