When it begins to grow a beard

In many cultures, a beard is considered a symbol of masculinity and maturity. It appears due to hormonal changes occurring in the body of a young man as the result of growing up. The timing of the appearance of the chin hair depends on many factors: heredity, ethnicity, hormones. 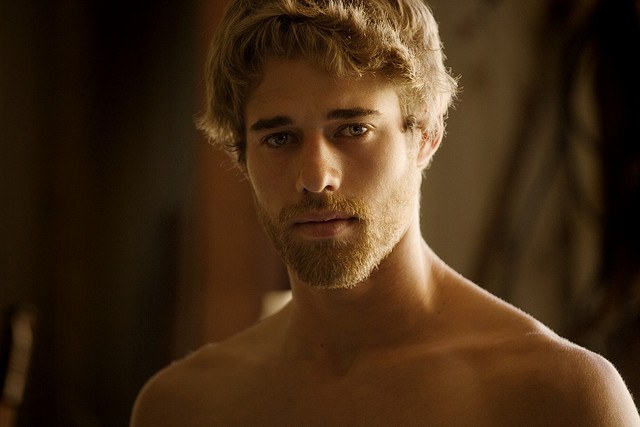 The appearance of a beard

First "fuzz" on the cheeks of boys appears in 15-20 years. Doctors recommend not to shave the first to break the hairs, so as not to disrupt their structure. Intensive early shaving can damage hair follicles and prevent further growth of beard. Razor and shaving should be individualized. Sometimes that "fluff" appears on the chin previously "standard" age - 13-15 years. Early beard growth due to the high number of "male" hormones, physiological characteristics of the organism, genetic predisposition.

Some young people are very worried about the fact that the beard grows in too slowly or does not grow at all. Feel strongly you don't need, but look closely at their health is. Unfortunately, sometimes the hair on the face of the young man does not appear due to improper working of the reproductive system. To rectify the situation, promptly consult your doctor. Discovered at an early age deviations are correctable and curable.

In fact, the appearance of the beard is a manifestation of secondary sexual characteristics. This issue plays a big role in heredity and nationality. Southern men are by nature predisposed to early growth of hair. Northern people are a little slow, so the hair on the chin of the inhabitants of the Nordic region appear quite late, in 20-25 years. On the faces of Asians, peoples of the far North and Indians facial hair is virtually nonexistent.

Accurate determination of their nationality is very difficult, and sometimes impossible. Before you worry about the slow growth of the beard, remember, not whether you have a family of grandmother or grandfather Buryat – Bashkir? If Asian relatives were present, then most likely they gave you with a bit of her blood slowly growing a beard. Rejoice: you'll just have less to shave.

How to influence beard growth

If you wish to have lush vegetation on the face, consult a doctor. Without a doctor's prescription to take hormonal drugs is impossible. Uncontrolled use of medicines can lead to such consequences in comparison with which the slow beard growth seem sheer trifle.