How to distinguish chickens quail

The first who managed to domesticate quail, were the Chinese, but bred them as beautiful songbirds. Later the fashion for breeding quail moved to Japan, where according to legend, thanks to the meat of these birds, the Emperor could recover from tuberculosis. Due to this recovery of the quail began to grow around the world. However, for a proper reproduction you must know how to distinguish males from females. 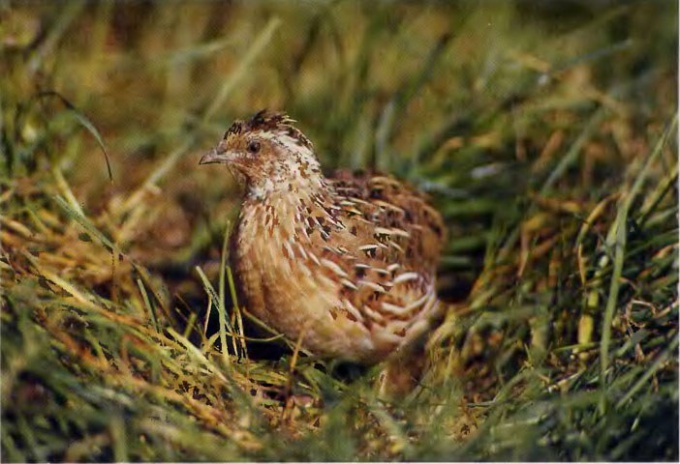 Related articles:
Instruction
1
Japanese quail is the most common domesticated species of quail. It is appreciated for the meat diet, and healthy and tasty eggs, so there are two major subspecies of Japanese quails – alanskie and broiler (meat). He was so domesticated that the conditions of detention in captivity is incredibly simplified. Practically they can keep at home, however, it is necessary to correctly determine the sex of the chick. This can be done only after three weeks after birth, and will help the colouring of Chicks. So, males have the feathers on the throat and the head of a rusty brown, and the breast is lighter light brown with no inclusions. Females have the same plumage the front of the carcass lighter on the chest, you notice small blotches of a darker color.
2
Estonian quail - one of Russia's most popular egg-breeds, was due to crossing of several breeds: Pharaoh, English and Japanese quail. However, the wash has had the greatest influence Japanese breed. This breed has quite a lot of differences between a male and a female by their appearance. So, the male goiter and cheeks light brown, on the head you can see three light stripes, beak curved, he has a dark brown color, with pale yellow tip. Unlike the females, the bright plumage of the breast, also have a yellowish speckled craw, and the beak is of a uniform brown-grey color.
3
English white quail - this breed was developed in England at the moment is quite promising. These quail are bred to produce good eggs and carcasses have an attractive presentation. Many poultry farmers like white quail for a sharp contrast between the white plumage and black eyes. How to determine the sex of white quail? This can be done only after seven to eight weeks after birth, because these rocks are too weak dimorphism. Like most quail species, females weigh more than males. So, an adult female usually weighs 160-180 g, in contrast to males, whose weight varies between 140 and 160 grams. In addition, to distinguish males from females by color. Females have pure white plumage, and males may notice a few dark spots on the head.
4
There is another difference by gender is a cesspool. If you look closely at the cloaca of the male, we can see that she is pink, there is a small tubercle, which is absent in females, and the cloaca in the female half quail pale, almost light blue. By the way, if you press on the bump, it will pop up a foamy liquid. The differences in color of the cloaca and the presence of tubercle, it is possible to distinguish a male from a female quail almost any breed. And it works well for those breeds that have no differences in plumage, for example, tuxedo quail.
Is the advice useful?
See also
Присоединяйтесь к нам
New advices