How to make eternal night in minecraft

Many experienced players know that the most dangerous time in Minecraft - night. When on the game map it's dark when you start spaunit'sâ various monsters that and strive to deprive the characters of the gamers life. However, not each of the last such scare. Moreover, many even regret the night hours pass so quickly - in just a few minutes - and they want to extend. 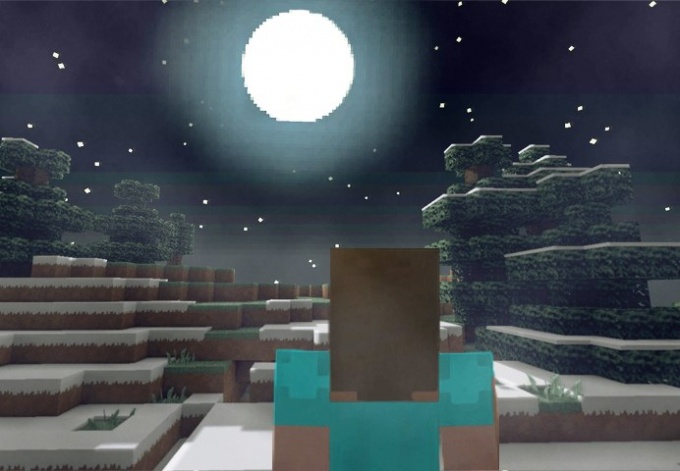 Related articles:
You will need
Instruction
1
If you do not cause horror the prospect that morning in Minecraft may never come, and there you always will be surrounded by darkness, so try to make eternal night. Just to start, well get ready for it. Construct at least one dwelling from solid blocks (preferably from obsidian to even kamikaze-creeper managed to blow up a building).
2
Ideally, get a few of these havens where you can escape for a while from constantly saunassa in the favorable conditions of darkness monsters and craft necessary for the protection and extraction of resources, tools, armor and weapons. Light space inside and outside and the torches, in order to avoid hostile mobs there.
3
Stock up a huge amount of wood and an oven to turn it to coal and crafting of new light sources. Take those with them on any outing, especially in the mine. Now trying to install eternal night. If you have admin rights your multiplayer resource, use them. Enter on your console in a row two teams /time (set) night (in the parentheses may be omitted), and after it /time pause. Now the night "hardens" and will not be replaced by day.
4
In the case when you play in single player, even when generating the world don't forget to register to the possibility of using cheats. Already during the gameplay to establish forever the night time, enter in the console some commands that are spelled out in CommandBook. The first of them is /time and indication via space any numeric value corresponding to the particular time of the night. Use numbers from roughly 13000 to 23000. Can also specify the usual English designation of the time - for example, 0am, 23pm, etc.
5
Now you must enter another command that will stop the time on the above point. It looks like this: /time - l now. However, pay attention to avoid problems with devices based on Redstone, which is tied to playing time. If they stop working, it is better to use other ways of establishing eternal night. For example, install a special plug - in ProperTime. Select ALWAYSNIGHT you in the game forever, there will come midnight.
6
Don't want to bother with plugins? Then simply give yourself a special command block (usually only available in Creative mode and admins) by typing into the console /give command_block and after the space indicate the desired number of that item. Install it in the right place, at a certain distance, place any solid block with a button on it. In the interface of the first enter /time set 17000 and then connect it with Redstone dust with the second. Click - and you in Minecraft will start eternal night.
Note
Use a vast number of infinitely saunassa monsters to kill them and profit from this valuable loot. Have good armor and weapons - the best of diamond and enchanted, - not to die in the first fight with hostile creatures. Also keep a supply of such items in secure locations zapryazhennyh chests (if you play on the server), so that in the event of loss of one set to replace it with another.
Useful advice
In any case, do not lie down on the bed in a permanent night - your sleep will be as eternal and play would be pointless.
Is the advice useful?
See also
Присоединяйтесь к нам
New advices