What is the viscosity of the fluid

Viscosity is a scientific term that refers to the resistance to flow of the liquid. Such resistance arises from the friction produced by the molecules of a substance, and affects how much fluid will oppose the motion of an object through it. Viscosity depends on a number of factors, including the size and shape of the molecules, the interactions between them and temperature. 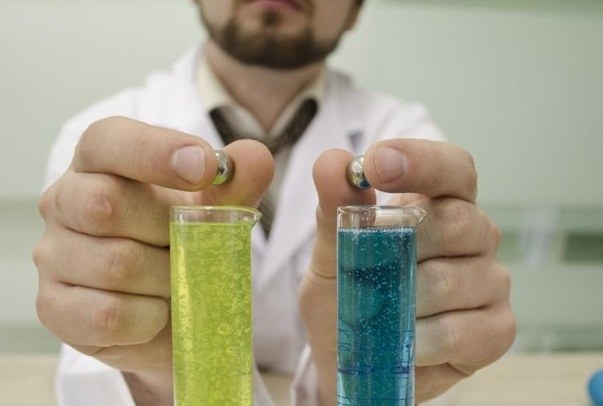 Methods of measurement of viscosity

The viscosity of the fluid can be measured in several ways by devices called viscometers. Such devices measure the time taken by the substance to move or the time required for the object with a given size and density pass through the liquid. The units for this parameter is a Pascal squared.

Typically, the liquid consists of large molecules will have a higher viscosity. This is particularly well illustrated by the long chain of substances that are polymers or heavier hydrocarbon compounds. Such molecules typically overlap each other, preventing movement through them.

Another important factor is how molecules interact with each other. Polar compounds can form hydrogen bonds that hold individual molecules together, increasing the total resistance to flow or movement. Although the water molecule is polar, it has a low viscosity due to the fact that its molecules are small enough. The most viscous fluids, usually those that have a stretched molecule, or a strong polarity. Examples include glycerin and propylene glycol.

Temperature has a great influence on the viscosity. Measuring the properties of liquids are depending on temperature. In liquids the viscosity decreases with increasing temperature. This can be seen in the heated syrup or honey. This happens because the molecules move faster and therefore less time in contact with each other. The viscosity of the gas, on the contrary, increases with increasing temperature. This is because the molecules move faster and there are more collisions between them. This increases the flux density.

Importance to the industry

Crude oil often moves large distances between regions with different temperatures. Therefore, the flow speed and pressure changes over time. Oil, which flows through Siberia is more viscous than oil pipelines in the Persian Gulf. In connection with the differences in ambient temperature should be different and the pressure in the pipes to make it flow. To solve this problem in the first tube filled with a special oil which has an almost zero coefficient of internal resistance. This method limits the contact of oil with the inner surface of the pipe. The viscosity of oil also varies with the temperature difference. To improve its performance in oil add polymers that prevent thickening and mixing with the oil.
Is the advice useful?
See also
Подписывайтесь на наш канал