As the Earth rotates around the Sun

The rotation of the Earth around the Sun is one of the most amazing phenomena – it provides not only the changing seasons, but also the very existence of life on our planet. Knowledge of the characteristics of the annual rotation of the Earth gives the opportunity to better understand the seasonal changes. 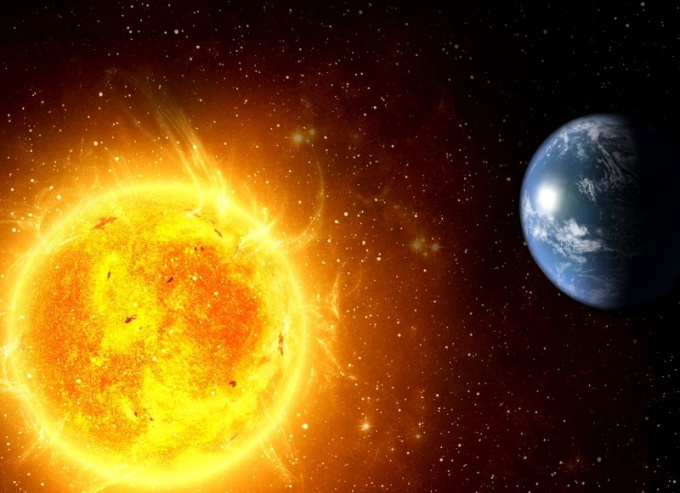 Daily rotation of the Earth

For an observer in the Northern hemisphere, for example, in the European part of Russia, the Sun routinely rises in the East and rises to the South, occupying at noon is the highest position in the sky, then bends to the West and hidden behind a horizon line. The movement of the Sun is only visible and caused by the rotation of the Earth around its axis. If you look at the Earth from above in the direction of the North pole, it will rotate counterclockwise. The sun is at the place the appearance of motion created by the rotation of the Earth.

The annual rotation of the Earth

Around the Sun the Earth also rotates counterclockwise, if you look on top of the planet, from the North pole. Since the earth's axis is tilted relative to the plane of rotation, as the rotation of the Earth around the Sun, it illuminates it unevenly. One region gets more sunlight, than others. This changing of the seasons and changing length of day.

The spring and autumn equinox

What gives the Earth its orbit around the Sun

The planet can't rotate around their stars – otherwise they would just be drawn in and burned. The uniqueness of the Land lies in the fact that the inclination of its axis 23.44 on turned out to be optimal for the emergence of the variety of life on the planet.

Thanks to the tilt axis, the change of seasons, there are different climatic zones, contributing to the diversity of earth's flora and fauna. Change heating of earth's surface provides movement of air masses, and hence precipitation in the form of rain and snow.

The distance from the Earth to the Sun is 149 600 000 km has also been found optimal. A little further and the water on Earth was only in the form of ice. A little closer and the temperature was already too high. The very emergence of life on Earth and the variety of its forms has become possible thanks to the unique coincidence of so many factors.
Is the advice useful?
See also
Присоединяйтесь к нам
New advices