How can I replace the cream in recipes

If you decided to experiment in the culinary field and you need a replacement for cream, must look for it based on the initial composition of the meals. Have a little cream counterparts, but if you know in what proportions they are to be replaced with sour cream or milk, you can cook a dish no worse than in the original recipe. 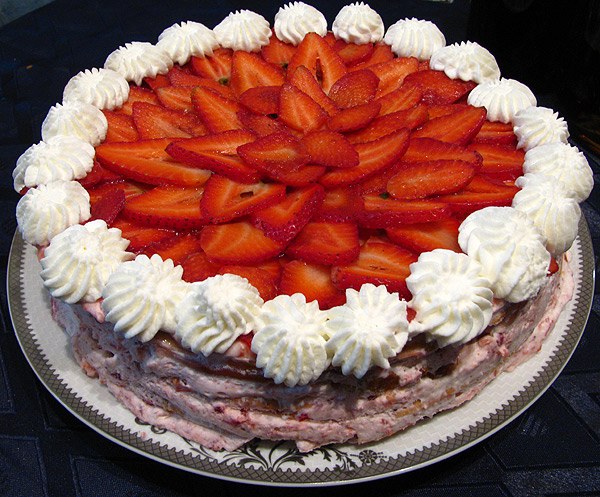 Related articles:
Cream is the top supernatant layer of milk. Even the most heavy cream is a liquid. Air they become, thanks to the whipping. But not all recipes call for whipped cream.

First and foremost, the cream used to prepare a variety of desserts. It can be cakes, pies, cheese pie and just as sweet pulp of berries and dairy products. In this case, whipped cream

Besides replacing the cream can be used in recipes for sauces that are added in salads and in meat dishes. In such recipes the cream is boiled with spices.

The easiest way to take milk instead of cream. This option would be good, for example, in the recipe of the sauce "Bechamel". You need to melt 50 g of butter, pour into it the same amount of flour and fry it to a walnut shade.

Then small portions enter 1 liter of milk, carefully stirring the sauce. Boil the mixture on low heat for 5 minutes (to thickens and add a pinch of salt, nutmeg and black pepper, and 2 tsp sugar. The composition of the drain, then put back on the heat and bring to the boil and add 50 g of butter. This sauce can be added to potatoes or meat.

If you add the "Bechamel" more sugar (3/4 Cup), and finally add 5 beaten egg yolks, then it can be used for desserts. In addition, for the preparation of thick sauces often taken fat sour cream instead of cream, and kefir, fermented baked milk or unsweetened yogurt. These same ingredients can be put in the dough.

Cakes and cream always look appetizing. When we have no cream, you can apply other components. If done correctly, the dessert will taste as good as in the original recipe.

You must know that sour cream instead of cream can kiliti. To avoid this, you need to choose home fat fermented milk product with a strong oil taste. In addition, in the whipped cream you want to put more sugar.

You can substitute the cream with condensed milk. It is perfectly whipped and looks at the desserts not worse. Only this product is better to acidify with lemon juice, so the taste was not cloying. 2.5 tbsp of condensed milk, you need 1 tsp of lemon juice.

Open for recipes of desserts such as soufflés, you can take milk instead of cream, mixed with the oily stained cream cheese and powdered sugar. 500 g of cottage cheese takes no more than 100 ml of milk and 200 g sugar. For thickening you can use gelatin (20 g per Cup of water).
Is the advice useful?
See also
Присоединяйтесь к нам
New advices