What speed can reach a rocket Topol-M

Any ICBM "Topol-M" in particular, has a speed range from 6 to 7.9 km/s. Maximum distance at which the Topol-M can hit targets, 11 000 km inclination, and the speed limit of MBR is determined at the moment of start, they depend on the intended target. 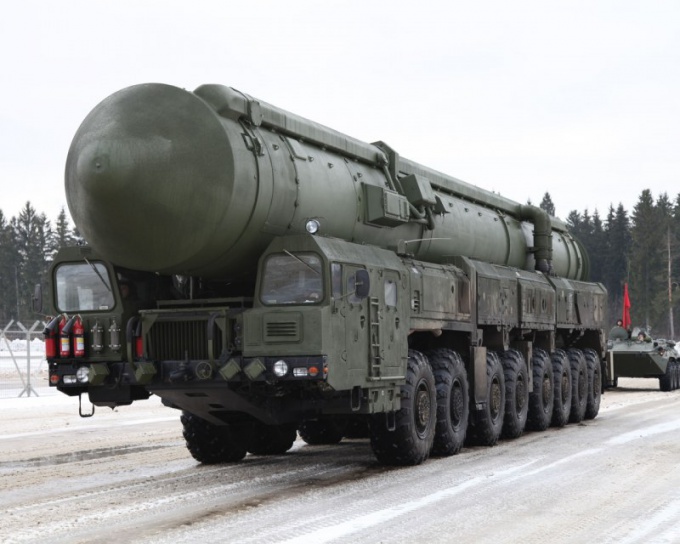 When Lieutenant General of the U.S. Army announced that the first test of the interceptor missile, the engine which uses the kinetic energy is complete, and they planned to adopt only in the next decade, Vladimir Putin commented on this. He noted that these missile defense systems is highly interesting, but is only effective for objects that are moving on a ballistic trajectory. For these ICBM interceptors that have not.


Flight tests of the Topol-M ended in 2005. Already the strategic missile forces were armed with ground mobile missile complexes. The US is trying to place the means of interception close to the borders of the Russian Federation. They believe that the rockets need to fix at the start and destroy before separate military unit.


"Topol-M" has three solid propulsion engine, thanks to them, it is much faster than its predecessors, gaining speed, and this makes it much less vulnerable. This ICBM can not only maneuver in the horizontal plane, but vertically as well, so its flight is completely unpredictable.

What is the "Topol-M"

Modern ICBM "Topol-M" is equipped with hypersonic maneuvering nuclear blocks. This cruise missile ramjet engine that can accelerate it to supersonic speed. At the next stage turns on main engine, which provides an ICBM cruise flight, speed above the speed of sound 4 or 5 times. Once the United States abandoned the development of such missiles, deeming them too expensive.


Russia has stopped the development of high-speed missiles in 1992, but soon it resumed. When the press discussed the launching of missiles, particular attention was drawn to the unusual behavior of the warhead from the point of view of the laws of ballistics. Then it was suggested that it is equipped with additional engines that allow the warhead is unpredictable to maneuver in the atmosphere at very high speed.


The direction of flight in the horizontal plane and vertical changed very easily, while the device is not destroyed. To destroy a ICBM, it is necessary to calculate precisely a trajectory of its flight, but to make it impossible. Thus, due to the huge speed and maneuverability, "Topol-M" is able to easily bypass the modern missile defense system, even those that are today the United States only in development.


From the accepted to the armament of ballistic missiles "Topol-M" is different because the flight path he can change independently, and at the last moment. It is also possible to retarget and over enemy territory.


At ICBM "Topol-M warhead can do multiple, carrying three charges, which will hit targets over 100 km after the point of separation. Part of the payload are separated in 30-40 seconds. No intelligence system is not able to fix neither the warheads nor the separation.
Is the advice useful?
Присоединяйтесь к нам
New advices