Furriers, tailors and seamstresses who work with outerwear, frequently used in the Gypsy needle. Theories where the name "Gypsy" for a large needle with a wide eye, quite a lot. 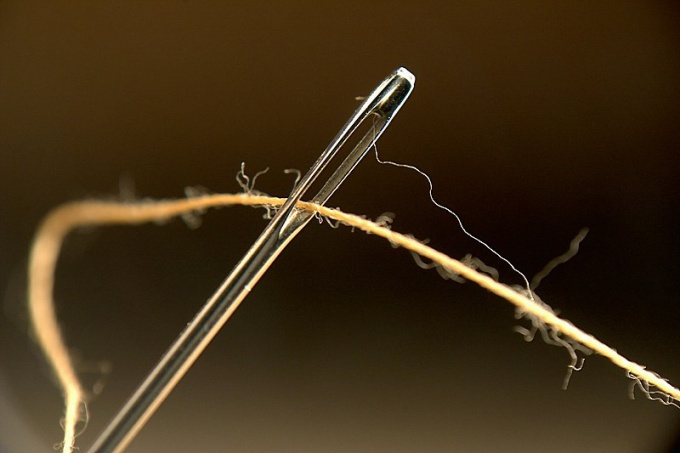 According to one version, the origin of the concept "Gypsy-needle" is because produced their own Gypsies, who were engaged in blacksmithing. Steppe Gypsies were engaged in crafts, and industrial sewing needles were really expensive, so for clothing for sale or manufacture footwear used needle what is called the "home" production. It is no secret that Roma needles are durable, and they can make such dense materials, like leather or burlap. Such material need a thick thread, and a wide lug can be threaded with wool or even Grammy. This is the first theory.

The following version is that "Gypsy" needle became due to its versatility. A wide needle is possible and the things to patch, and the harness repaired, and the wound stitched. Therefore, in fleeing, the Gypsies took to the road only such as needle. And among the things, even in a haystack, a needle is difficult to lose. She again, without options, it became important for nomads.

The third theory suggests that Gypsies needle pricked the horses when they were slowing down, instead of a whip. Accordingly, in order to do it safely riders had either to contrive, so as not to get a hoof from the animal, or needed the invention of a device of the acupuncturist. Unfortunately, there is no special "acupuncturist" the Gypsies there, so this theory about the origin of the needle remains nothing more than theory.

It is believed that "Gypsy" - not that other, as an indication of "special status" of the needle (more precisely, its size). Among phraseological combinations there are many combinations with the word "Gypsy", for example: "Gypsy pot" - chills. And among Argo encountered a similar combination: "Gypsy needle - awl. In this interpretation of the epithet reveals the cultural component values are: "Gypsy" - an unusual, special.

And maybe the name of the needle gave rise to the idiomatic expression: "Gypsy life" - unsettled way of life, uncomfortable situation. The value of inaccuracy is stored in "the Gypsy's needle", because its purpose is to work with rough materials.

The latest theory of the origin of the needle tells that the needle was used by Gypsies for fortune-telling. She was allegedly imposed spells-curses, for pennies prophetess gave the needle to those who suffered from them, thus destroying their own enchantment. Also, the large eye of a needle pulling thread and swiping it over the image, collecting the necessary information. According to this principle, modern fortune-tellers and clairvoyants work with the device "pendulum".
Is the advice useful?
Присоединяйтесь к нам
New advices