Are there broiler geese

Few who have not experienced the relatively modern concept of "broiler". At the time, really made a lot of noise chicken "Bush's legs", and many this term has become associated exclusively with chicken. 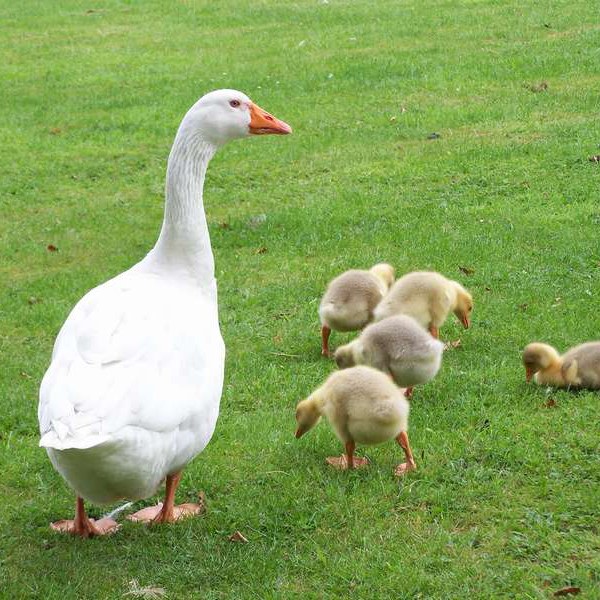 Related articles:
Often the word "broiler" is perceived in a negative way. And some people – because of his American background, the other because of the alleged harm. Meanwhile, a similar method widely grown birds of different species: chickens, ducks, geese, etc. the Cultivation of each species is related with certain specifics, but there are common elements.

What is a "broiler"?

Broiler birds are very different from their conventional counterparts, even externally. In zootehnice this term is understood as the combination of the animal of certain genetic factors that are responsible for active development of muscle. This set of symptoms is achieved due to the long breeding and selection of suitable manufacturers. In fact, it is a narrow evolutionary process controlled by specialists.

With adequate ecological conditions of poultry breeding, broiler meat is harmless and nothing but the number does not differ from normal meat birds. Another issue is that modern farming are often highly constrained by time, and many businesses used to accelerate the fattening weight growth stimulants or hormones, which can ultimately have a negative impact on the health of those who will use the finished product.

For many centuries geese living near humans, but their cultivation is still mainly small farmers. For the development of these birds need a lot of space (not less than two acres for one), good pasture with plenty of grass, small swamp or lake and clean water in the drinkers, which should be changed every day.

In broiler breeding geese has pros and cons. On the one hand, the cost of food is relatively small, because the goose is a bird a herbivore. Protein supplements they don't need, and grain, as a Supplement to the normal diet. With another – fellowship with such birds require skills and experience, and a good place for grazing, necessary for the younger individuals to put on weight, find very difficult.

The goslings are growing fast: from weeks of age they are released to the pasture. About the same age accustom them to the water as lack of access to water negatively affects the health and character of the birds. Approaching the broiler production in the first place should pay attention to their genetics, as it ensures rapid and large weight gain or lack thereof.
Is the advice useful?
See also
Подписывайтесь на наш канал