Asymmetrical pleats on the legs of the child: norm or deviation

The asymmetric location of the folds on the legs of the baby is often concerned young mothers. And if they have heard that is a sign of disturbance in the hip joint, and to a panic nearby. Do not panic, but to ignore it is also impossible. The asymmetry of skin folds often occurs in perfectly healthy babies, but to define the norm or a deviation can only be a specialist. It should be treated in order to alleviate concerns. 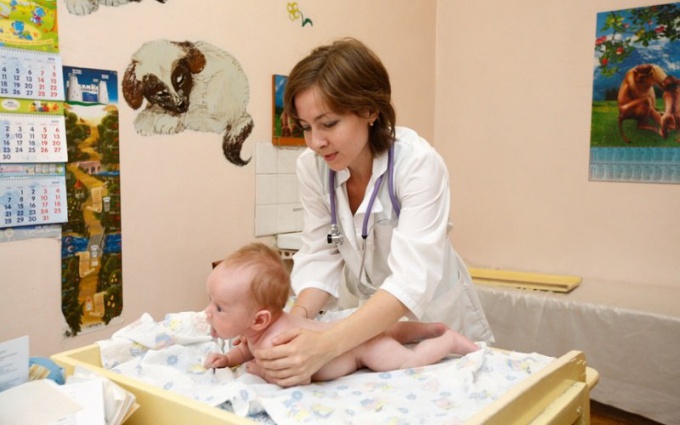 But if some kids joint develops normally and in a certain period of time, then the other is slowing down development. It's called immaturity joint. A symptom of this border state between normality and pathology may be asymmetric folds.

The immaturity of the joint can continue to move in a developmental disorder, that is, dysplasia. That's why it's so important not to delay a visit to the doctor, timely diagnosis and start treatment.

In the diagnosis of this disease is very little well-defined criteria. In order to confirm or exclude the diagnosis requires ultrasound or even x-rays. But there are some symptoms that can be seen and mother:
- asymmetry of gluteal, popliteal, or inguinal folds;
- if you bend legs at the knee and hip joints, one knee is higher than the other;
- there is a limit in the abduction of the thigh to the side.

If your baby has any of these symptoms, then be sure to rush to the podiatrist.

Why is there dysplasia is not fully understood. But it is believed that the risk of its occurrence increases with genetic predisposition and pathology of pregnancy. The reason may be a large fetus, first births, breech presentation.

For prevention, as well as in the case of immaturity of the hip joint are sometimes quite simple ways. Assigned wide swaddling, massage and special exercises.

To detect dysplasia can be in the first month of life. In this case, the treatment gives a positive effect in a short time. After a few months the joint recovers its function, even if there were serious deviations from the norm.

But there are cases when the disease does not manifest itself until three or even to six months. Cause it maybe, the wrong care, in particular the tight swaddling. So never swaddle tight the baby's legs. Thus, you limit their mobility and lock the joint in the wrong position.

The sooner the disease is detected, the easier it is to cope. So do not neglect the obligatory examinations of orthopedic surgeon that are assigned to kids in terms 1, 3 and 6 months. And if your baby has a diagnosis of dysplasia was confirmed, do not despair. Timely treatment will completely save the baby from serious problems in the future.
Is the advice useful?
See also
Присоединяйтесь к нам
New advices