How to earn writers

Writing a book is a fascinating work, but to complete the work. But if the creation is still generated if it is interesting for others, they need to publish it. The fee for the work may be very small, only a few writers in Russia can survive on the proceeds from the publication money. 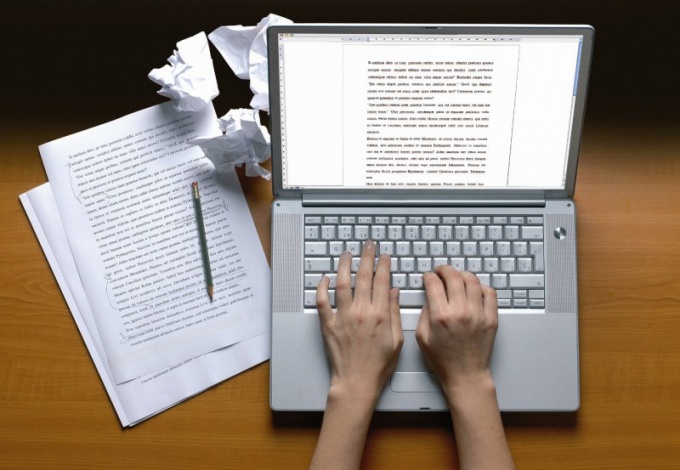 Related articles:
Modern market is full of new authors every day in the major publishing houses get dozens of new works, but most of them get rejected in the publication. Fiction is becoming less popular, only specialized edition still interest buyers. The opportunity to get the book for free from the Internet make sales not profitable and not generating income.

The first work the author usually offers several publishers. If someone will undertake to publish a contract that specifies the amount of the fee. Usually the writer promise to 20% of the cost of the book, but at the initial stage even 6-10% is a great option. The selling price of the publisher is usually 30% of the value on the counter, and it is worth doing the calculation. New authors are usually printed in small editions to see the demand for the product. To 3 thousand copies of the release of a major publishing house.

The author fee you can count without effort. The average selling price of book in soft cover in 2014 is equal to 60 rubles. 3 if you are printing thousands of copies, and the author gets 5 %, he put in his pocket 9 000. If he was lucky, and royaliti 10%, the amount will increase to 18,000 rubles.

If the book is popular, if the demand for it increases, the probability of release of the second edition. In this case, the remuneration of the author is reduced, the percentage generally ranges from 3 to 15%, but you do not need to write something, the text is only re-sent to store shelves.

If properly drafted the contract, then after a few years of the book can be released by the other publisher, and then you can bargain, beating the best conditions. Usually the price increases with popularity, if the author has earned the trust of buyers, formed a circle of admirers, his fees may become significant. But most writers still do not earn books, and writing articles, reviews and other work. The book is an opportunity to Express themselves, not to get rich.

Today in Russia there are about 20 authors whose income from writing books is very significant. Their names are known to many, that awareness allows them to be on the top rank of contemporary authors. For example, Darya Dontsova for each new book gets about 7 million rubles, and the amount of re-releases. Boris Akunin for new work receives little more than a million rubles, 800 thousand counts Alexandra Marinina.

The most expensive writer on the planet in 2014, named J. K. Rowling. Her annual income from reprints and production of books is more than $ 300 million. Huge print runs and publication in different countries of the world allows her every minute to obtain at least $ 500. But such fees in Russia, yet no one author.
Is the advice useful?
Подписывайтесь на наш канал