What kind of cucumber is best left on the seeds

Experienced gardeners know that to obtain good yields it is not necessary to spend money on the purchase fashionable varieties of vegetables – it is possible to collect viable seeds on his land, this statement applies to cucumbers. 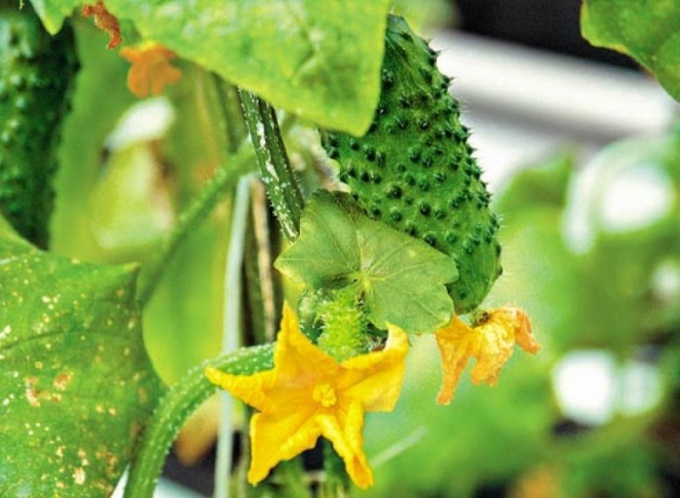 What cucumbers leave in seeds

Choosing the cucumber seeds, you need to pay attention to what is written on the package, if the mother plant was grown from seed that was purchased in the store. The fact that modern breeding offers a large number of hybrid seeds marked with the symbols F1 or F2, i.e., obtained by crossing two parent varieties in the first or second generation.

In most cases, buying the excellent taste and quality characteristics, high resistance to diseases, pests and low temperatures, these cucumbers do not retain these characteristics for posterity, and sometimes do not even have full seeds. If seeds of these plants germinate, the farmer will have no guarantee that they will yield any harvest. Based on this, should be left to the seeds of cucumbers with characteristics full of variety.

Also, it is believed that among the cucumbers grown from seed fresh harvest, developing a lot of barren flowers. To avoid this, you need to soak the seeds for 2-3 years, then sow them and hope for a good harvest.

How to get cucumber seeds

For seeds it is customary to leave the cucumber of the correct beautiful form, who grew up in the first wave of crops, whips out of the bosom of the first or second sheet. Choosing the right plant, the whip should be pinched above the fifth leaf below the seed the cucumber had a chance to ripen fully. After that, the plant needs to bind a label indicating the variety and date of pridobivanje whip.

Maturation of the testis requires 35-40 days. You can remove it at the end of August, when the whip started to turn yellow and die. The appearance of the seed of cucumber is usually yellow-brown, covered with small cracks. After removing of testis should be considered for ripening for 2-3 weeks in a dry room with a constant temperature of 18-22 degrees. When ripe, the cucumber becomes soft. After that, it is necessary to cut, remove the seeds along with pulp in glass or plastic dishes with a teaspoon. In this condition the seeds are left for 3-4 days for fermentation. This is necessary in order to efficiently clean the seeds from the pulp.

The seeds are then repeatedly washed in running water and sorted: puny and small seeds are rejected and the rest should be well dried and stored until planting in a linen or paper bag, with labels indicating the class.
Is the advice useful?
See also
Присоединяйтесь к нам
New advices