Where did the call to "Be ready! Always ready!"

"Be ready! Always ready!" - call, known to almost every person who grew up in the Soviet Union. It used to be taken as the cry of the pioneers, however, it turns out, the history of its origin has somewhat different roots. 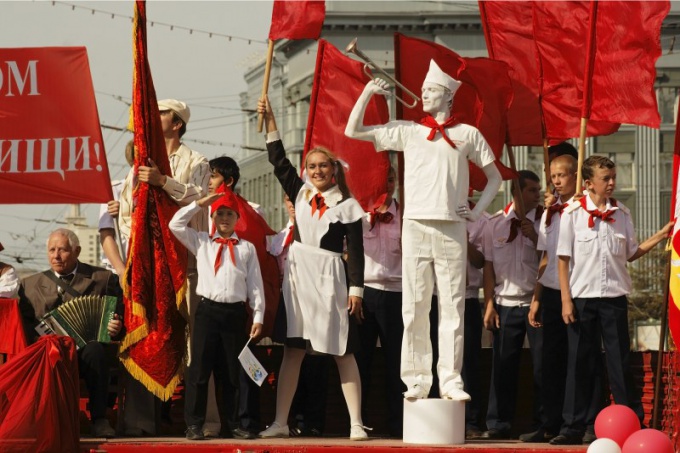 The motto "Be prepared" as well as the response to it - "Always ready!", first formulated in the British military Robert Baden-Powell. This slogan was part of his ideas about the formation of the scout movement, which he developed in the early twentieth century. He proposed the concept of extracurricular education and development of children and adolescents, based on extremely interesting for the younger generation things - arts and crafts, Hiking, orienteering, basic military training, and other subject areas, which seem so fascinating to boys and girls.

The original scouting system, proposed by the Colonel, was focused mainly on the boys: so, anyway, claimed by him in a 1908 book, "scouting for boys". However, he later expanded the target audience to your program, including how boys and boys and girls aged from 7 years to 21 years. The motto of the scouts is "Be prepared" on which each of them had at any time to answer "Always ready!", symbolized by their willingness to resist challenges and to achieve goals in any environment.

The motto is in Russia

In Russia the call "Be ready!" together with the opinion "Always ready!" came even before the October revolution, on the wave of interest in scouting. The first scout troop was established in our country in 1909, and in 1914 became the official founding date of the public movement "Russian scout", borrowed the basic principles and the motto of the English counterparts.

After making the October revolution the society of the girl scouts, like many other social movements, which had a large number of adherents in pre-revolutionary Russia, was officially banned. However, the Soviets decided to take advantage of the significant public interest in the topic out-of-school education of the younger generation, creating a group of scouts a worthy replacement.

The replacement of the scout movement became the pioneer organization of the Soviet Union, which quickly gained such popularity that its origins could only remember a few individual citizens. Together with the basic principles of movement, the pioneer organization borrowed from the scouts and their motto "Be prepared" and along with the opinion on it - "Always ready!". However, for inclusion in the ideological program of the movement were produced by some modification of this appeal: in particular, it was argued that it is a shortened version of the full motto of which was "To fight for the cause of the Communist party be ready!".
Is the advice useful?
Подписывайтесь на наш канал