What musical instruments include the dombra

Traditionally Russian musical instruments are fading, giving way to new. Few places today can you hear the balalaika, even rarer domra. Domra is the ancestor of the balalaika and is considered a Russian folk instrument. 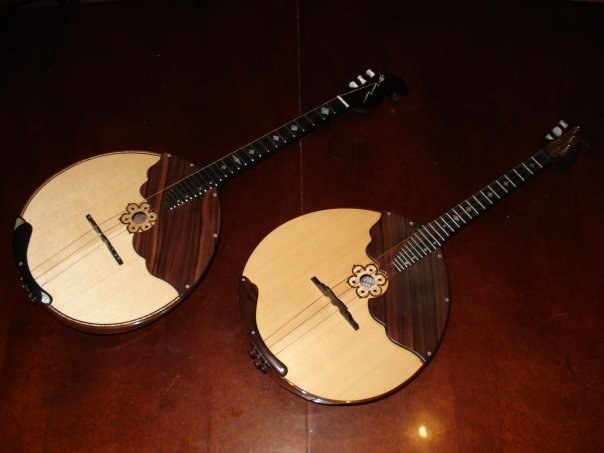 Related articles:
Instruction
1
Domra in Russia existed since ancient times, its image can be seen on the popular prints. It is curious that this instrument has become truly international, under different names domra is used by many peoples. Kalmyks – domras, Tatars – dombra, or donburi.
2
The sound of the domra is divided into several types: Piccolo, mezzo-soprano and Alto domra. This stringed instrument is a structure of a wooden hull, the bottom of which is attached to the flap. In the top part of the neck, and tuning pegs. The strings are attached to the flap and using the tuning pegs are tightened on the fretboard.
3
Case domra is made from seven pieces of dry wood that are glued together in sequence. Fretboard glued hardwood wood and fibre comes along.
4
Original domra made from a piece of wood, hollowing out a hemispherical cavity, and then fastened to the neck, which was stretched strings, made of living animals. In the seventeenth century the Church was alarmed by the rapid development of secular culture, the beginning of persecution of "the devils tools", which included the domra.
5
Under pressure from the clergy, the Tsar Alexei Mikhailovich in 1648, issued a decree banning the use of the domra as a musical instrument. Musicians, clowns were forbidden to play the domra, and the tools to be destroyed. Such a tragic fate had not one musical instrument. After the seventeenth century was not left any written records about the domra.
6
The revival of the instrument began with V. Andreeva is a talented musician. In 1896 he found a dilapidated tool that, according to Andreev, was the domra. Together with the famous violin maker Sergei Nalimovym, Andreyev has developed and brought to life a whole new concept to manufacture dobro. Was constructed of round, hemispherical body made up of several wood, the neck with three strings. So began to look new domra.
7
By the time of reviving the domra, Andreev has already led the orchestra of balalaika. Andreev was captured by the idea of creating the orchestra of Russian folk instruments. For the realization of their ideas, Andreev needed a toolset that would create end-to-end melodic theme in the overall sound of the orchestra. This is very suitable to the revived domra. Were created and included in the orchestra group domras.
8
In 1948 at the Institute Gnesin at the Department of folk instruments was opened to three-stringed domra. Domra became a full member of each orchestra of Russian folk instruments.
Is the advice useful?
Присоединяйтесь к нам
New advices