How to construct a double-Decker train 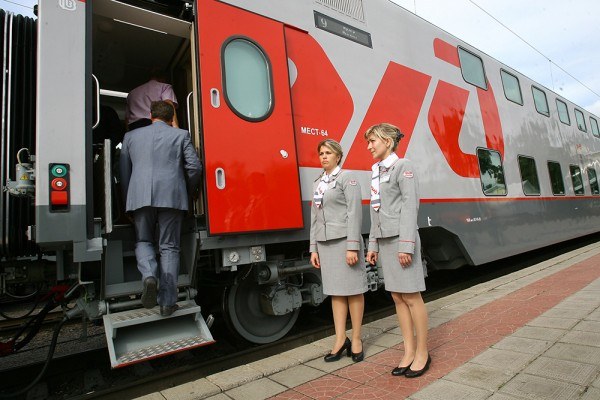 Related articles:
Instruction
1
Two-storey compartment of the train was launched in Russia on the eve of the Olympics. Now this train goes from Moscow to Adler and back, but will soon be running trains in other areas. Is part of a special locomotive with increased power. 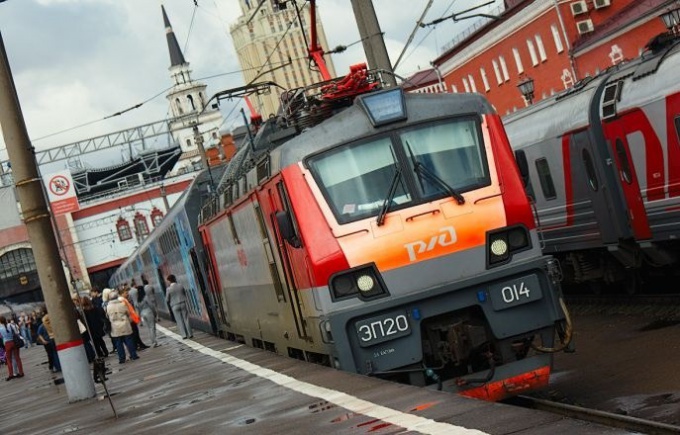 2
This train is very different from the usual cars of the Russian railway, and in the first place - because it is almost two times higher than usual cars. Second, what is striking about it is the novelty and the almost European atmosphere inside the car. The car starts with the vestibule, it will have to go down the small stairs, the first floor is located just below the station platform. Platform door open automatically, you only need to press the button. 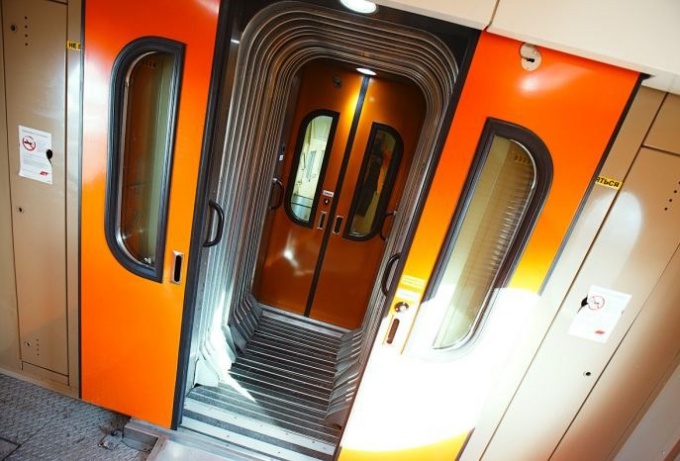 3
If you follow further down the corridor, on one side you can see the toilets and the technical booths. They are open even at bus stops. In each car there are three toilets for 64 passengers. It may seem that this number is insufficient for such a large number of people, but queues almost never happens, at least one cabin is free. The equipment in the toilets, as throughout the train, new. Next to the toilets the trash. The Russians may surprise you that in the European tradition, they are designed for separate waste collection. 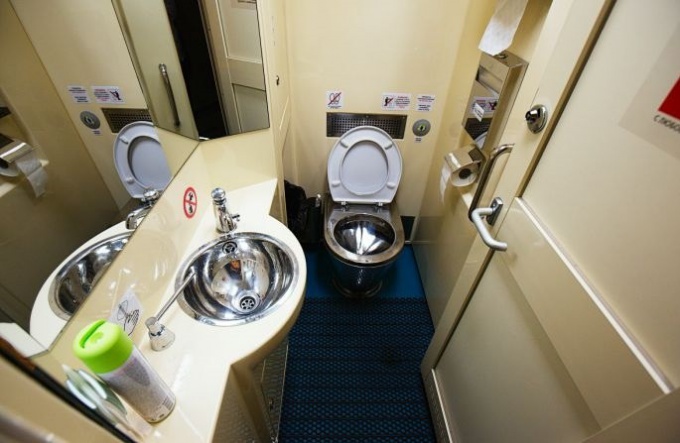 4
On the first floor of the train ceiling height is about 2 meters. For entrance in the compartment to attach to a magnetic lock the key card. The main difference inside compartment double-deck trains from the usual - it's quite a low ceiling height and lack of a third Luggage racks. For suitcases and bags only have room under the bottom bunks. This is a small flaw with these cars, a lot of things in such a train it is better not to take with them. In addition, passengers on the upper shelves may not be very comfortable to sit in, but the length of the shelves allows comfortable accommodate even tall people. 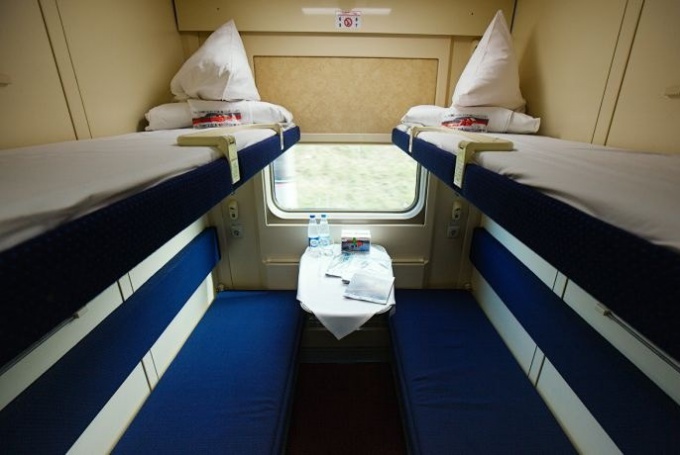 5
In each compartment there are two working outlets, from where you can easily charge laptops, tablets or phones. The train has free Internet, although the connection between the stations is often lost. Near the outlets there is a led lamp. But the Windows in cars open does not work. The temperature is regulated automatically, but sometimes passengers complain of poor ventilation and lack of fresh air. If the train is too stuffy, you need to contact the conductor. 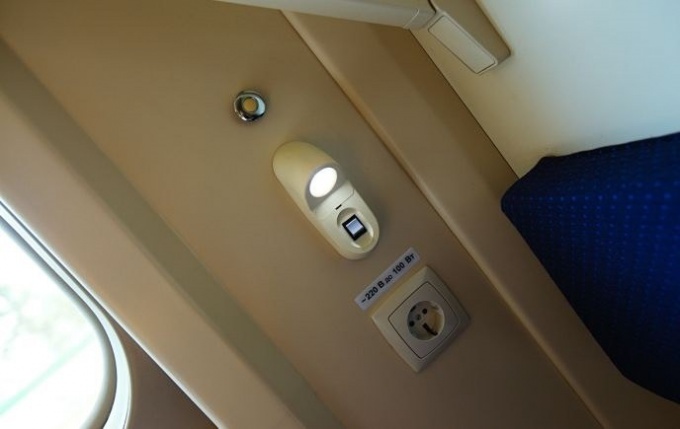 6
The second floor has a staircase with a handrail and lighting in the steps. On the stairs is a small container for garbage. Mirror on the wall lets see who goes down or goes forward. Elderly people, likely to be difficult to lift the suitcases to the second floor, so when you select a ticket it is necessary to take into account. 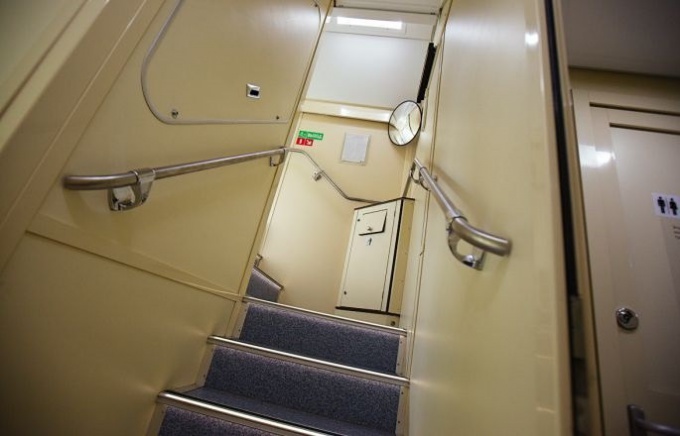 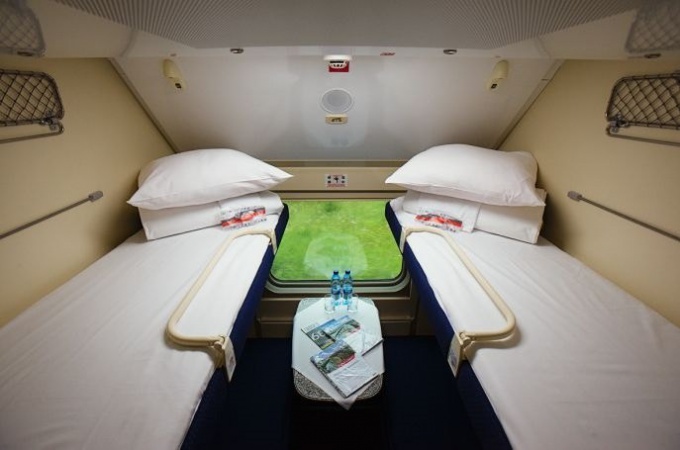 8
Each passenger is given a special set with dry rations, water and sanitary facilities. But if you don't want to eat sandwiches and pate, you can go to the restaurant car, it is located on the second floor. And under it, on the ground, there is a small kitchen and a bar. 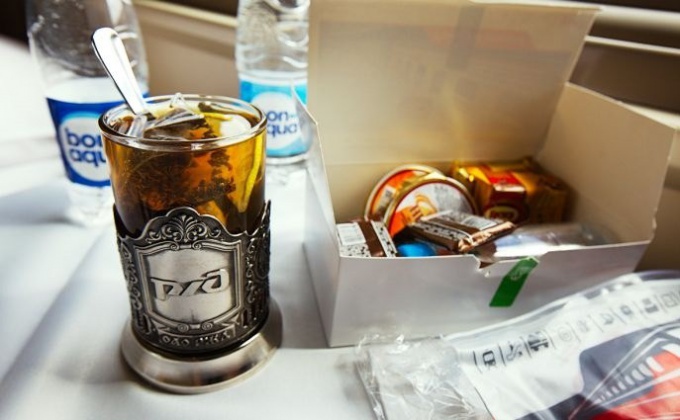