How to master the hieroglyphic writing

To master the hieroglyphic writing help learning a strict succession of strokes in the character. You should also pay attention to calligraphy because in this art discloses all the features of the faces hieroglyphic symbols. 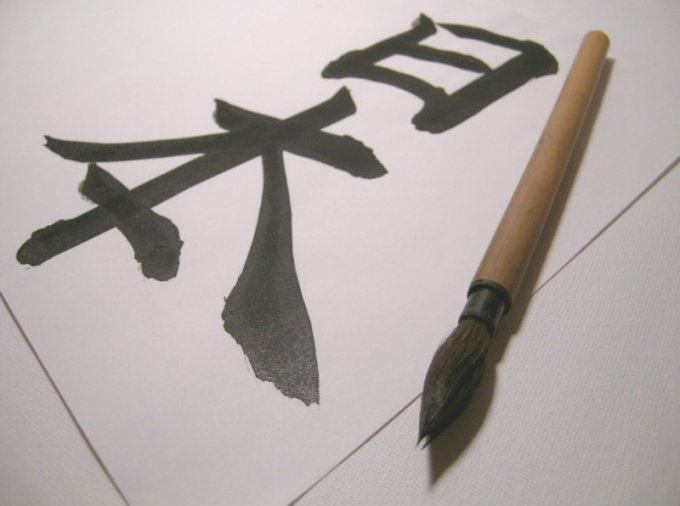 The art of calligraphy


For calligraphy class special tools are required. In most cases, the set consists of brush, ink or ink and special paper. Beginners can use a normal brush for painting and a conventional ink, as well as thick paper, for example, sheets of A3.


During the tracing signs the brush held in the hand vertically, you need to make sure that she didn't deviate to the sides. It uses the middle finger, thumb and index.


If there is no time to practice calligraphy, and need to master the writing of hieroglyphs, the signs can be displayed in a notebook. You can make them yourself. It is necessary to take a notebook in a cage, leaves Ruslanovich to each sign to fit strictly within the four cells.

Each character is composed of horizontal and vertical features, which have strict consistency of writing. In many hieroglyphs you can see lines, more like a blurred point near the other features which form a pattern. Here such features are written first. Them all draw a horizontal line after sloping and others. The vertical line complete the writing of the character.


Another rule is that all elements of the kanji are written from left to right, top to bottom, from the edge to the center.


In order to learn hieroglyphic writing, you should start with characters that have the least amount of features. Typically, these signs contain only horizontal and vertical lines, which facilitates the work of writing. In the study of Chinese writing textbooks used, in which increasing complexity is a description of the characters.


Also in the Chinese language for the writing of the characters have special keys. They represent the individual elements or simple characters, which are part of the complex. There are a total of 214. They help you remember the kanji and how to write it.


If we are talking about the Japanese characters, you should start with a list of characters approved by the Ministry of Japan. There are about two thousand, all of them studied Japanese in school and be the minimum necessary for living and working in Japan. First go at writing simple characters, then more and more complicating. For example, the first token in this list is the number "1" and it looks like one horizontal line.


In addition to the order of the tracing hell, great attention is given to exactly how to paint a particular trait. For example, the horizontal line is the Chinese writing is written as follows: when the brush touches the paper you need to make a small push, then a bit down and lead from left to right. In the middle of the line the pressure is weakened, therefore hell becomes more thin. At the end of the features, as in the beginning, the pressure increases.
Is the advice useful?
See also
Подписывайтесь на наш канал