A public authority as a sign of the state

Public power, along with sovereignty, territory, population, is among the key features of the state. Its essence is expressed in the concentration of power in the hands of professional managers. 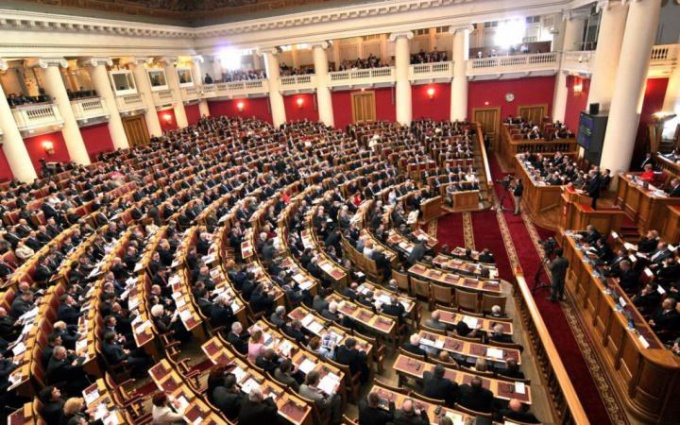 Related articles:
Instruction
1
The presence of the apparatus of public authority is the most important feature of the state. The public nature of government means that decisions taken on behalf of the state decisions are binding on all society, regardless of whether it participated in their making or not. The attitude of the subject to the decision can be negative. But in this case a public authority is the apparatus of coercion that ensures the implementation of laws throughout the state. Although democratic States have mechanisms of influence of society on government. Consequently, those solutions that are not supported by society, can be revised.
2
Public power reflects the institutional framework of the state. It consists of government, law enforcement, military, repressive secret police. Public power is formed by a special class of people - officials and civil servants. They are on a contractual basis perform administrative functions and receive a monetary reward for it.
3
Public power reflects the differentiation of state from society. Its presence divides the social community, the governing and the governed. The authorities should always follow the interests of the people and combines it.
4
The state government performs a number of important functions. Including law-making, law enforcement, law enforcement and monitoring. In carrying out these functions the authority has exclusive character. This distinguishes state government from the political.
5
The most important characteristics of public power are legality and legitimacy. In the first case we are talking about the legal basis of power. Legal can be considered a power, which was formed in accordance with the electoral procedures. For example, through elections. And the government formed as a result of the armed revolution, in fact not to be considered legal.
6
Legitimacy should not be conflated with legality. This is the power of authority, the level of support from the population and the value expectations. The legitimacy of power in the state may be based on tradition (peculiar to monarchical societies), on the authority or personal charisma of the leaders (typical for authoritarian societies), or on a rational basis. The last type of legitimacy is typical for democratic States. In this case, people are not subject directly to the authority of the leader or the elite, and laws. The power in this society is impersonal, it is only a tool to maintain order in society.
Is the advice useful?
Присоединяйтесь к нам
New advices