As there are stones in nature

Few people realize that the world consists of only two components, rock and water. It just seems that around us a lot of earth and sand. What we believe sand is a hundred percent destroyed of rock and earth, in addition to organic residues, mixed with sand, contains a high percentage of sedimentary rocks. 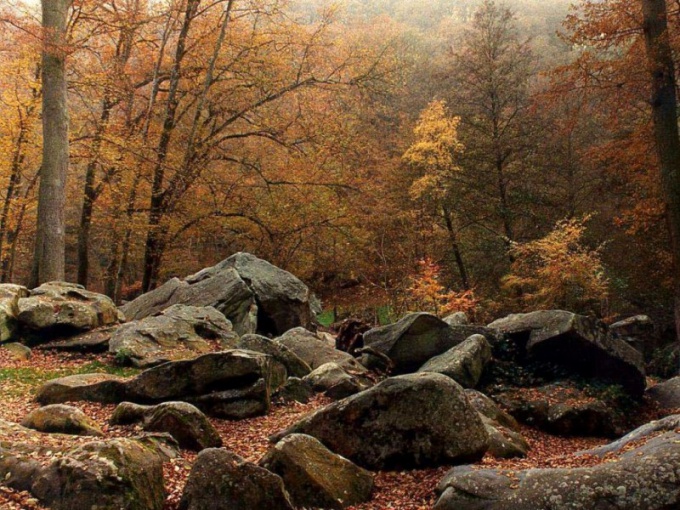 Young, still developing world, always consists of stone, water and fire. That is exactly what the planet looked like billions of years ago. The sky, storm clouds, which reflected the flames erupting volcanoes, raging and forever stormy sea.

In the crazy chaos of lightning, peals of thunder and the roar of volcanoes originated the earth. Today, it is lovely, cosy and green, and then everything looked completely different. Drying, nervously trembling in a continuous earthquakes were expelled from what would later become the basalt and gneiss.

Mountains, napola each other, like a giant monster, biting and mutilating each other, dropping huge blocks of granite and gabbro.

Only over time the land was gradually freed from the agony of labor and rest, from time to time throwing in a little clean sky pillars of volcanic eruptions and shuddering rocky surface, crushing and grinding individual boulders and rocks.

The world of water

The climate became gradually milder. Warm water filled the lowlands and bottoms, they were born such a strange life. Exotic crustaceans and molluscs spreading in the warm seas are surprisingly abundant. Wilt, they literally covered the bottom of their sinks and shells. Appeared more shellfish in warm brackish water, the thicker was the layer of their remains at the bottom, denser and firmer. Collapsing under its own weight, the armour was mixed, as it were, fused together, turning into solid blocks of stone.

Rolling stone the moss is overgrown

Those stones that are found in everyday life, in most cases either destroyed remnants of sedimentary rocks that is approximately 75% of the total number of rocks or metamorphic rocks around 18-20%, that is, rocks that have changed inside the earth under the action of pressure and temperature. All the rest is igneous rocks such as granites and basalts. Original rock from the depths of the planet.

Its current form of all of these boulders found mainly in the result of weathering on land and okutyvaya in the water of rivers and seas. Only a small part of the rocks-outcrops on the plains retained, if not original, then at least quite an ancient appearance, but they have been touched by weathering, particularly in the case when a boulder or outcrop is composed of sedimentary rocks, which are relatively easily destroyed as a result of atmospheric phenomena. As example, the characteristic shapes of weathering in the valley of ghosts on southern Demerdzhi in the Crimea mountains.
Is the advice useful?
Подписывайтесь на наш канал