How is the amber

Amber has been known to mankind for many centuries before the onset of a new era. Fragments of this mineral in its raw form, archaeologists have repeatedly found on the sites of ancient man. Probably, prehistoric people believed that amber possesses magical properties and can cure ailments. 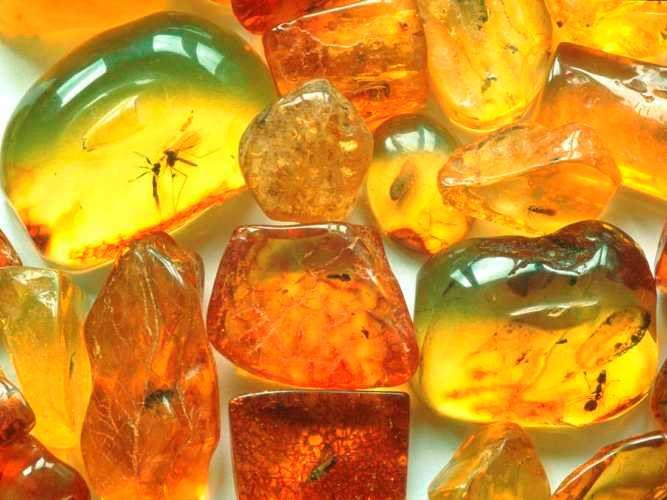 Related articles:
Instruction
1
Amber is conifer resin that is in a petrified state. The trees that gave life to the pieces of organic material that grew on the planet a few tens of millions of years ago. After the death they were often in marine sediments. Wood slowly became similar to brown coal, and resinous substance transformed into amber. Sea waves gradually washed from the remnants of mineral deposits.
2
Produced in natural conditions amber in significant weight presented small stones having a diameter of not more than 3 cm Rarely possible to find larger specimens, weighing 3-5 kg. To amber characteristic yellow color, although this mineral can have reddish, brown and even white shade. Being outdoors, amber becomes darker and more brittle. The stones can cause cracks.
3
It is believed that the largest reserves of amber are in the Baltic sea basin. Millions of years ago this area was located on shore, where noisy majestic coniferous forests. In those days the climate of the planet changed frequently. Trees actively respond to such changes, providing abundantly warming the resin which cure under into a material with properties similar to stone.
4
Derived from wood resin-turpentine took the most bizarre forms resembling drops, clusters, nodules and growths. These intricate pieces were separated from the trunks and fall to the ground. The process of selection of the resin can go a long time, often pause, and after a while resumed. This led to the formation of many layers defining the future texture of amber.
5
While after falling off of the trees in the forest litter, the resin became stronger, increased its resistance to aggressive environmental factors. But those samples that developed in the context of wetlands, often remained fragile. At the last stage of the formation of future amber was washed into the water basin where continued biochemical processes.
6
On the formation of amber has a strong influence Geochemistry and hydrodynamics of the aquatic environment, which got mineral. The rich silt and potassium water could not be better suited for the gradual transformation of pitch of coniferous trees in the bright and peculiar mineral, which later became to be called amber. Looking at the products from this fabulous beauty of its material, it is difficult to imagine how a long way did a normal resin, before being able to turn into amber.
Is the advice useful?
See also
Подписывайтесь на наш канал