What can you do with an old, broken slate

Many owners of country stations prefer all work on the landscaping to be completed independently. It is easy to maintain order in the territory, and for the arrangement of the plot do not have to use expensive building materials. 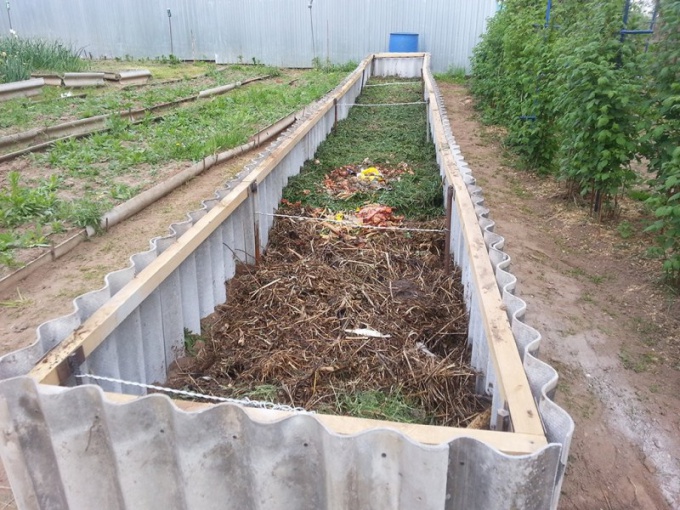 Related articles:
A good host, nothing is lost, therefore, even the materials used are of the owners own plots thrown very rarely. Outdated materials and old things often find a new use – for example, as elements of landscape design.

When dismantling the dilapidated buildings in relation to the material of the walls is usually no question regarding further use. Most outbuildings built of wood, which goes perfectly on the wood. But what to do with used slate from the roof, not all are.

What to do with old slate taken from the roof

If the removed asbestos cement sheets are in relatively good condition, i.e. not broken by the hands, they can be used again in the same capacity, for temporary or seasonal structures. For example, to arrange a canopy over the bird's courtyard where during the warm time of year are chickens or other poultry, and it is used to close the slate. You can cover up the fragments of slate firewood stacked in the woodpile and is designed for winter to protect them from the rain.

Slate used, and in order to cover gaps in other dilapidated walls, if the building itself while not be changed. The sheet just leaned against the wall, in which there are holes or missing boards. If, for example, the roof of the bath also made of slate with a suitable wave, and it has plenty of holes, and cover it completely until it turns out, pieces of the old slate may be great to help out. All discovered on the roof of the hole must be closed by pieces of slate so that the waves of the material included in one another. To close the holes in the old roof intact leaves not – the old coating may not withstand their weight.

Can I use broken slate

If removed from the roof slate is so old that effortlessly breaks into pieces right in his hands, and he can be used. Rare country station, which would have been a vegetable garden. Pieces of slate can make an excellent frame for the ridges. Pieces buried in the ground around the perimeter of the garden so that their upper edges would be on the same level, and they formed a continuous band around. If desired, the slate can be painted in any desired color.

Even very small pieces of slate that are seemingly worthless, can be used for filling paths in the garden for Foundation and under the boards the floor in the shed or garage. Slate chips are used to fill ditches or pits on the site.
Is the advice useful?
See also
Подписывайтесь на наш канал