Can the house have statues of angels as decorations

Figurines of angels are extremely popular. However, they do not play as much a decorative as symbolic role. They are usually presented as a gift to the people you want. 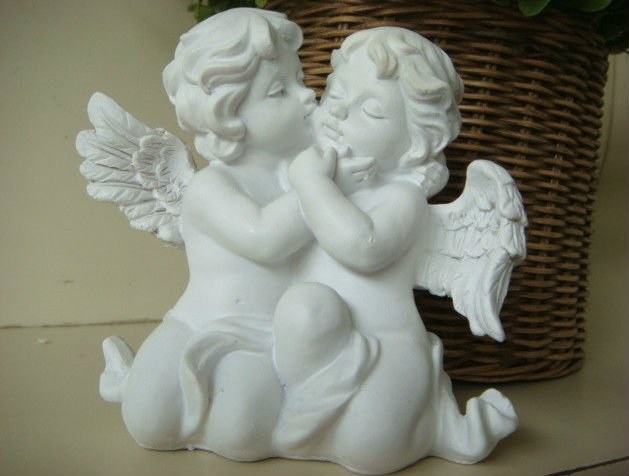 The symbolism of angels

Statuette of an angel standing on a table, shelf, dresser, etc., serves as a kind of talisman for the people living in the house of the people because of its original function – the angel. It is believed that porcelain angels possess great positive energy and therefore are a reliable protection from any negative influences. According to a popular Chinese teachings of Feng Shui, the angel statue is best put in the North-West, in the area of trips and travel. While there, she will give the owner of the house energy and inspiration for new achievements.

Angels are traditionally considered a symbol of enlightenment, the executors of the divine will and mediator between God and men. Their images can often be seen in works of art. 17 Sep 2005 a project was launched by the Swedish sculptor Lena Edwall, dubbed the "one hope." In different parts of the world, including in Australia, Canada, Peru, Hawaii, and in the natural Park "Deer streams" in the Sverdlovsk region, were set statues 7 guardian angels. In this unusual form was embodied the idea of combating world terrorism.

Figurines of angels are traditionally considered to be a talisman for people born under the sign of Aquarius. They give them a sharp mind and excellent intuition. Aquarius should purchase a figurine of an angel made of glass or porcelain, and, if necessary, to turn to him asking for help and support.

The diversity of angels

There are many different angels. For example, "angel wedding". It is believed that during my wedding, God sends the young General of the guardian angel which protects them happiness and peace throughout the future family life. "Dancing angel" stands on the toes of one foot. He brings to the house wealth, prosperity and abundance. One of the most interesting and unusual images – "angel with pearl. Its main function is to save their owners from bad mood and depression.

The immense popularity of angels in Russia testifies to the opening of the Museum of angels in Moscow, in his exposition, created on the basis of the collection of psychologist and writer angelina Mogilev presented more than a thousand different figures. Statuette of an angel should be present in every home, it will provide protection from adversity and help through difficult moments, and, of course, an angel is always a wonderful gift to a loved one.
Is the advice useful?
See also
Подписывайтесь на наш канал