What is the fuse

The use of gunpowder as a charge for guns and cannons gave inventors the idea, is it possible to use this substance for the destruction of fortifications. The implementation of such devices was initially hampered by a lack of devices for remote detonation. The solution was found with the invention of safety fuse. 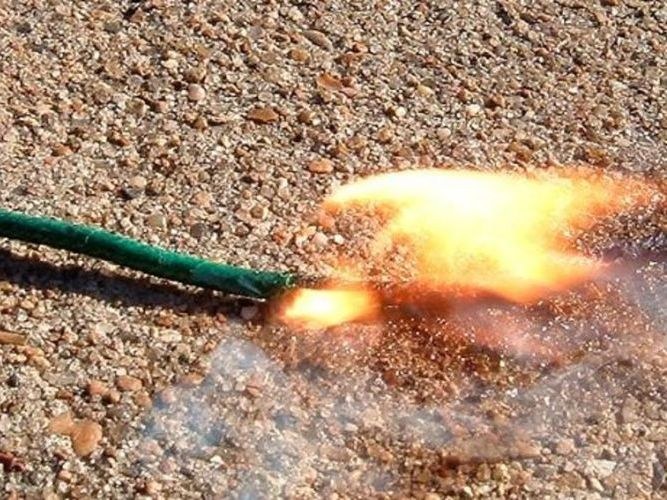 First, for remote detonation of explosives used primitive methods, such as laid to the charge of the powder paths. But this method was not efficient because it is largely dependent on external conditions. And calculate the time it takes to blow, it was almost impossible, after all, the public gunpowder burned with variable speed.

Solved this problem the English Tanner William Bickford, the man who was not related to military Affairs. In the places where he lived and did business with skin in the were abundant ore mines. Bickford had to listen to miners ' complaints about unreliable wicks that were used in mines for blasting rocks. Accidents, the cause of which was the inept use of explosives in mining was commonplace.

Once Bickford visited his friend, engaged in the manufacture of ropes. Tanner drew attention to the fact that strong rope composed of a plurality of intertwined individual fibers. And immediately he came up with the idea: to create a safe and reliable fuse for blasting, it is required to pour the powder in a hollow braid ropes.

Bickford began experiments. The result of many experiments was created cord, with dual sheath. The wrapped layers while walking in different directions. To protect the contents of the cord from moisture, the inventor used a special varnish and resin. Traditional gun powder Bickford was replaced by another, had a longer burning time. Thus appeared the first fuse, found application not only in mining industry but also in the military.

The second life of fuse

Subsequently, the fuse had been subjected to improvements. Instead of lighting the end of the cord matches began to use special safe igniters. To light the wick, now it was enough to pull the exhaust cord or pull the pin. This way kindle cord was possible in rainy weather and strong winds. But underwater fuse burning, alas, still could not.

During the Second world war, military engineers have solved this problem, simultaneously achieving a more stable burning rate. Now blasting would be under water without fear that at the crucial moment, the fuse will go out. Giving the cord integrity was a strong step, although to do this, the inventors had to abandon the use of black powder and try a variety of braid structures.

In the modern military and industrial blasting fuse called fuse, has been relatively neglected. It is used in cases where no good a more perfect electrical method of detonation. To see a traditional fuse, you can now often in historical films.
Is the advice useful?
See also
Присоединяйтесь к нам
New advices