Often gardeners aren't thinking about what means they treat your plants against pests. And in vain, because the use of chemicals is harmful not only to the environment but also to human health. Not all of them know that there are drugs that do not pollute the air, water and soil, and the more products and the human body is a biological drugs. 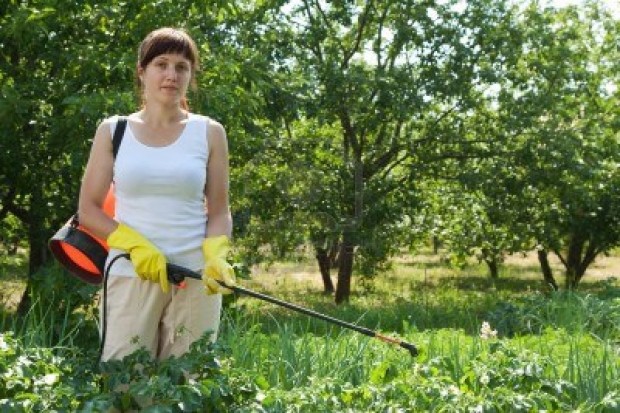 The modern chemical industry produces a lot of harmless microbiological media, over the last decade appeared the latest scientific developments, which allow growing ecologically pure crops. Some of them go on sale through the trading network of shops.

Bitoksibatsillin - bacterial drug intestinal action. This tool is virtually harmless to warm-blooded animals and humans non-toxic to beneficial insects. It causes the pests intestinal toxemia, so the greatest effect is achieved when using bitoksibatsillin during active larval feeding. Voracity different young caterpillars, they capture the greatest number of substances, and therefore the impact on them is stronger.

Bitoksibatsillin copes with cabbage pests of turnip and cabbage white, cabbage cutworms. Spider mites, so much harmful to the cucumber, the larvae of the Colorado potato beetle are killed in the processing of this drug. In the garden the leaves of the Apple trees they feed on gusenicy Apple and fruit moth, leafrollers, and leaves of gooseberry and currant caterpillars leafroller, moth, Sawfly. To destroy these insects are also able to bitoksibatsillin. The effectiveness of the product is such that it reduces the population of harmful insects in subsequent generations.

Dendrobacillin - insecticidal microbial drug intestinal action, the active ingredient is the spore - crystal complex. The drug is harmless to plants, does not accumulate in them, low toxicity to humans, animals and bees. The treatment is carried out once a week against each generation of pests. Five days before harvest processing is stopped. The drug's effect on pests is about the same as the bitoksibatsillin.

Lepidocide is identical in its effect on the caterpillars of the previous drugs. Used against caterpillars of the moth, of moths, sawflies, leaf rollers, moth, moth, Codling moth, webworm , etc., and also for the protection of fruit trees and shrubs.

The active substance of Entobacterin are toxic protein crystals in certain bacteria and their spores live. The drug is especially effective together with permethrin in liquid form it is applied against caterpillars of all butterfly species damaging fruit trees and shrubs. Harmless to plants, low toxicity to humans and animals.

The developers are preparing to release a new generation of drugs - Basicola and Actinin, which have an even wider range of applications. So, Basical,among other things, the effect on cruciferous flea beetle, strawberry-Mattila weevil and other pests. Actinin is particularly effective against carrot psyllids, which attacks the plant, severely twisting it.