The symptoms of food poisoning in children up to 2 years

The symptoms of food poisoning in children up to 2 years can manifest itself in different ways, but in General they can be divided into two groups: symptoms of the gastrointestinal tract and further signs of poisoning. 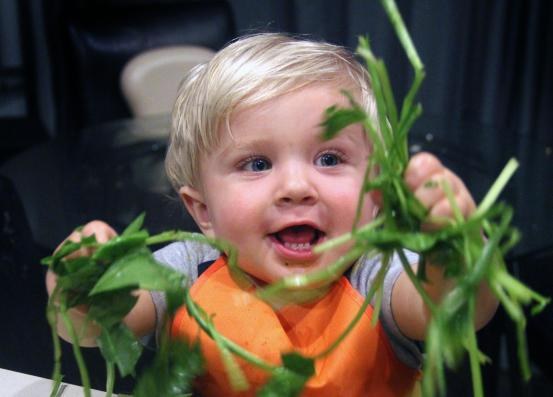 Manifestations of the gastrointestinal tract

The most common symptom of this group of symptoms, which indicates a strong failure in the stomach - diarrhea. To conceal this priznaka work, as in cases of poisoning diarrhea is quite persistent and lasts more than two days. This can lead to severe dehydration child's body, so the help you need to provide as early as possible. Especially dangerous if the diarrhea is watery and profuse, containing blood and mucus and undigested food residues. It should be noted that the symptom of this nature suggests that the poisoning be severe.

The same can be said about this symptom, like vomiting and nausea that precedes it. This symptom also leads to dehydration. In severe cases, a child may vomit fifteen times per day.

The symptoms of this group also include the secretion of viscous saliva, flatulence, bloating, rumbling, loss of appetite and abdominal pain. A small child is not able to describe the pain with words, would simply raise the legs to the abdomen and to try to find a more comfortable position that helps alleviate the condition.

It is important to understand that food poisoning has different variants, each of which can manifest on its own. For example, foodborne illness caused by Staphylococcus or E. coli, occur within hours after eating. If you take into account the manifestation of the gastrointestinal tract, first of all we see repeated vomiting, then abdominal cramps, flatulence and frequent loose stools. If a child has consumed a poisonous berry, the clinical picture is not always to show yourself the above symptoms of which can be observed only uncontrollable vomiting.

Food poisoning often manifests itself not only in lesions of the gastrointestinal tract. It may have obstipation signs and symptoms of microbic intoxication.

To obstipation symptoms can be attributed to the increase in temperature and a specific rash. The temperature can be above 37.5 OS.

Signs of microbial intoxication — lethargy and moodiness of the child, fatigue, sleep problems, dried lips and mouth of the shell, topped with a touch of tongue. In addition, because of diarrhea or frequent vomiting, the child loses weight, the skin becomes flabby, and the eyes sink.

Again, a lot depends on the specific type of food poisoning. If you remember the poisoning with poisonous berries, a clinical picture largely concerns the Central nervous system which is manifested in a severe headache, disorientation and fainting, rapid pulse and breathing and lowering blood pressure. You may also experience kidney and liver. If the poisoning is caused by intestinal infections, the symptoms will depend on the specific pathogen.
Is the advice useful?
Присоединяйтесь к нам
New advices